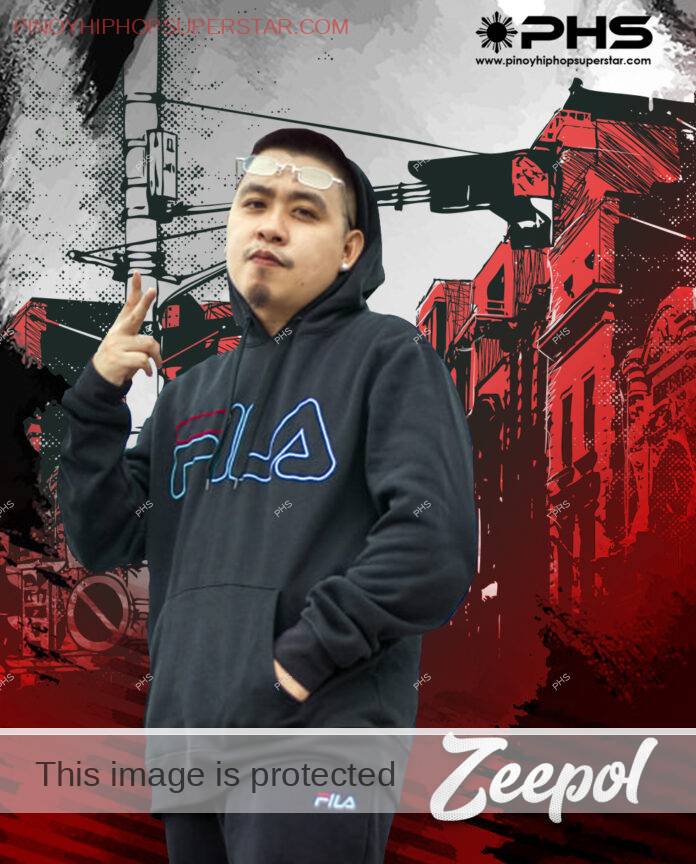 Monzee Trapani Lopez is a rapper, songwriter from Makati. Started rapping from 2008 to 2012 with the rap name Shorty One a part of an FDC group.

After having a family, Zeepol has a career hiatus. During this, he studied music more, from different styles, listened to different artists, created music, and even proper timing. He listed Siobal D as his main inspiration, Gloc 9 for storytelling, and Stickfiggas for their multisyllabic rhyme schemes and lyrical prowess. He was also inspired by Fliptop. With that newly acquired knowledge, he decided to come back in late 2017, and in 2018 he changes his rap name to Zeepol a more refined version of himself.

In 2019, Zeepol earned the admiration and respect that he desired. He considered it as his lucky year because of many opportunities that came his way, from event initiations to creating his first-ever music video “Watometu” the very song he use in the rap competition “Bahay Katay” of Abaddon. In this same year, he was able to have a collaboration with JP Ballacan titled “Malina” with Lemo that have 14,822 views on Youtube.

He created a group named FDC (Familia De Calibre) a group of 5 together with Too Close, Psyche, El Burna, Boknie. One time a friend (McNizzty) brought them to a recording studio of Siobal D and from there, most of their projects are being done in Siobal D‘s studio, eventually, Siobal D ask them to be a part of RPBLKN, and he became his mentor not only in music but in life as well.

Siobal D and Zeepol release a collaboration track on Jul 22, 2021, titled “Is Skills” that have 10,436 views as of this writing. With a blessing and mentorship like that Zeepol revitalized his passion for music even more.