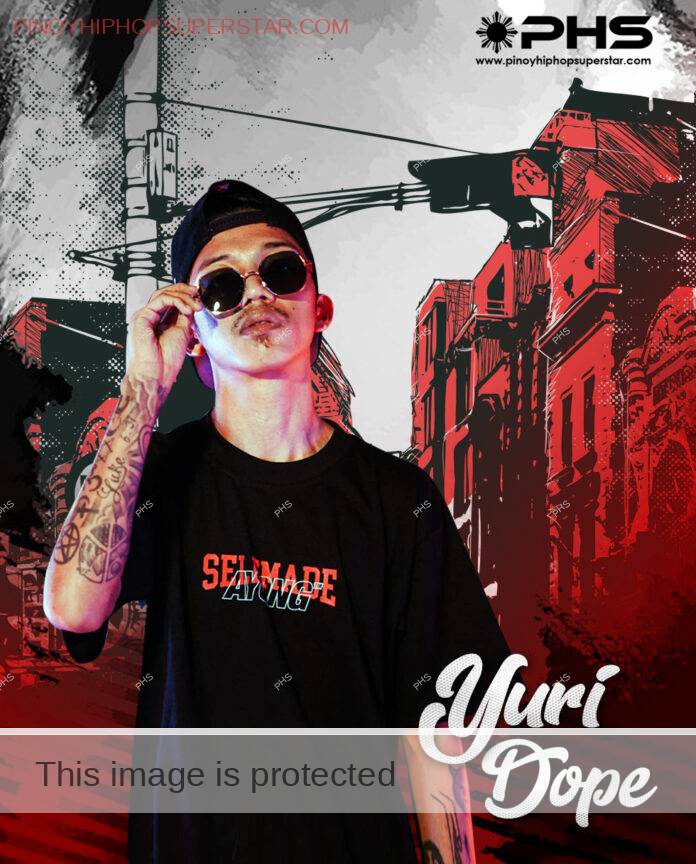 Melvin Francisco D. Santos or simply known as Yuri Dope is a rapper, and songwriter from Muntinlupa City.

He started rapping in 2011, but in 2012 an artist known as Bosx1ne (now known as Honcho) created a rap group EX Battalion, during its early age he struggled to be part of it since he was new to the game and still finding his own style plus there are so many good rappers in Muntinlupa especially (Muntilupas finest) thats why he pushes himself to get better.

He cited that his influences include Jekkpot, Jackmow, Brando, Thugprice, Floydiebanks, Juanthugs, and most of the artists on MOB, as well his contemporaries and the Stick Figgas. In the international scene, he likes Krayzie Bone, Bizzy Bone, J Cole, Travis Scott, and Migos.

As of late although he’s an active member of EX Battalion, he is also making a name for himself, even collaborating with some known artist such as but not limited to Tiffany Lhei, Flow-G, Skusta Clee, Honcho and even Gloc-9

and his collaboration with Gloc-9 “Salamin” has 543,700 views released on July 31, 2022. with a continuous success his popularity goes up as well and the best thing about it, Yuri Dope is just getting started.

Who's Online : 9
By continuing to browse the site you are agreeing to our use of cookies
error: Alert: Content is protected !!