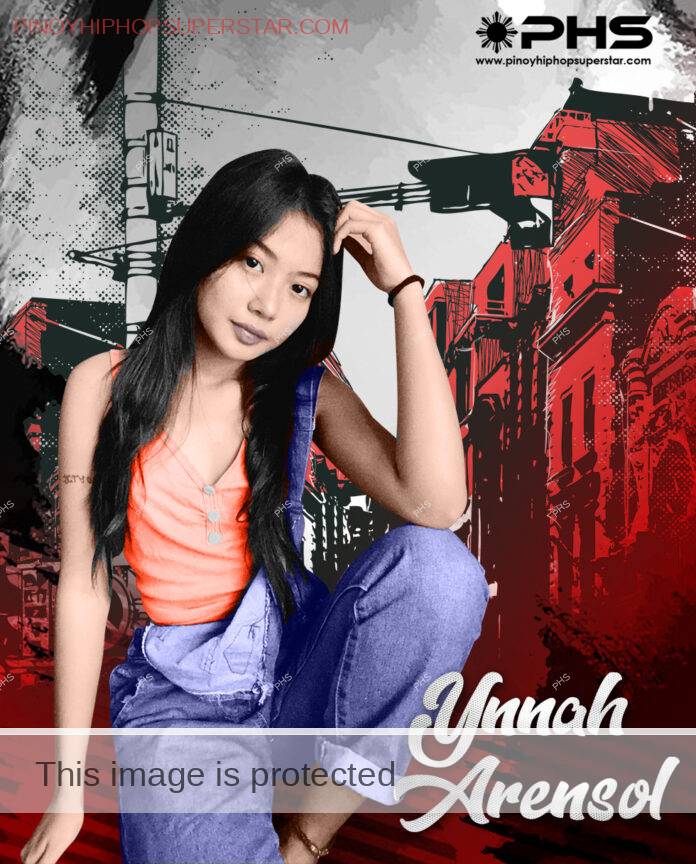 Ynnah Arensol is a singer, songwriter, young femcee with a very good mainstream type voice. She is also a part of a band named Asshewhispers, making her not only a hip-hop artist but a music artist in general. She started doing solo covers on her Youtube channel and even tiktok and later introduce her own tracks. She even create her own Mark Beat challenge entry and collaborated with some rap artists as well with the likes of Kwago gang, Dash Calzado, Mark Fiasco, Maria Mitzuki, Illest Morena, and more. Her Psycho with Flee Dgzmn track proves that she belongs to the Rap scene.

Her talent was recognized by Dash Calzado of the legendary Legit Mizfits, and was included in their collaboration track named “Nandyan ka lang” which includes ERB, and Mark Fiasco. Later she became a part of PhunkyJuan Entertainment.

The future is bright with this talented Femcee.