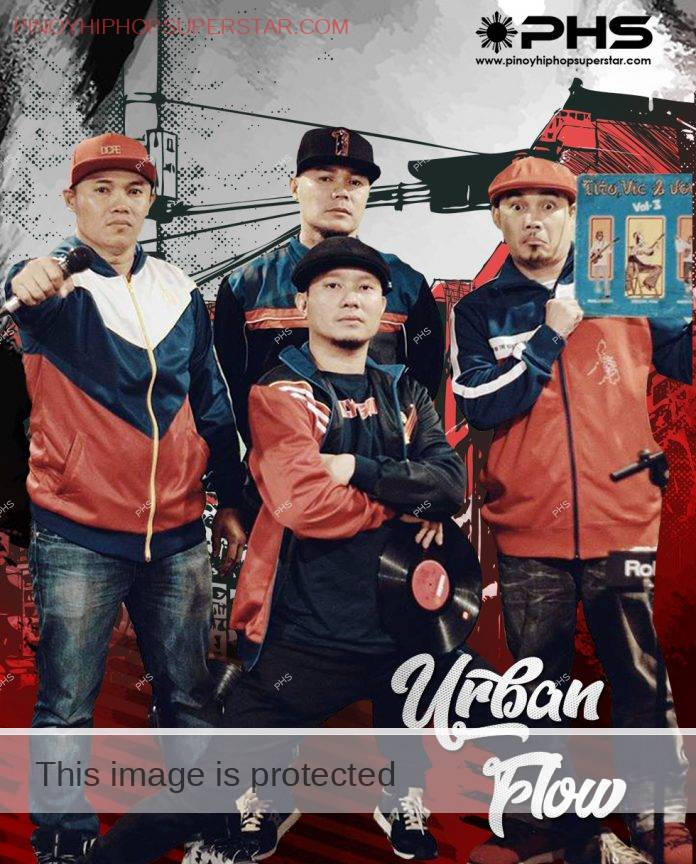 Rap trio Urban Flow hails from the Philippines, where rap became a thriving art form during the influx of American hip-hop culture throughout the ’90s. Philippine rap pioneers like Francis M and Salbakuta picked up on this trend and furthered it with their own unique take on the genre, which in turn spawned many outfits in the late ’90s, including Urban Flow. Unlike their influences, their sound was based more in live instrumentation, and their broader exploration of genres like jazz and funk made their sound more distinct to international audiences. The distributors at OctoArts heard Urban Flow‘s Mass Comm in 1999, and gave the group their only American release when they put out the record the same year. – source:https://www.allmusic.com/artist/urban-flow-mn0001301760/biography

Old bio from our Blogspot

Urban Flow is the group responsible for the 1996 megahit “Miss Pakipot” from the album “Test the Flow” under OctoArts. That album ruled the airwaves at that time with singles such as “Balaleng” and “Lumayo ka”. The group released two more albums entitled Ghetto Celebs and Mass Comm still under the same label. In 2003 the group’s fourth album entitled Magik Kaway now under Viva Records was supposed to be released but for unknown reason the record label never put it out on the market.Since then the members went on different solo projects. Dj Arbie 1 also known as the Beatraveler can now be seen doing solo gigs & with the Harcore group Pamilia Dimagiba. Then Sunny Blaze together with Mista Blaze formed the Ilonggo Rap duo Ill Pride. Now the questions: Did they already disband? , Can we expect another album from the original rap balladeers?