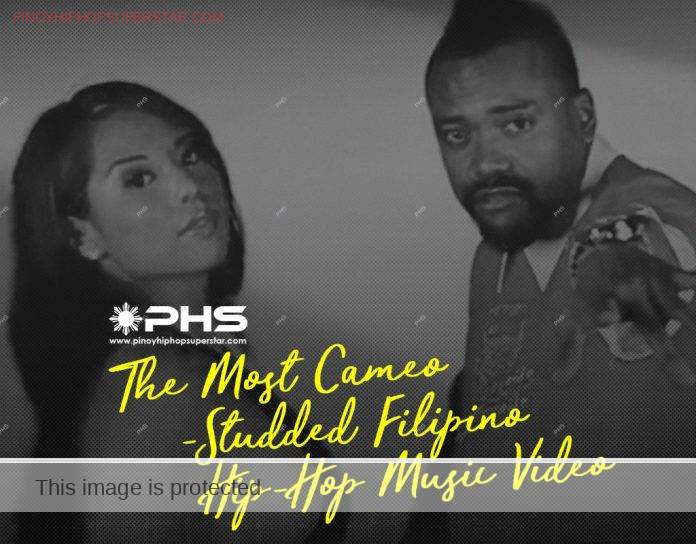 We did an article back in 2018 featuring this Pinoy hip-hop music video studded with a lot of celebrities and Pinoy hip-hop artists as well and that music video is no other than Abra’s Gayuma. If you haven’t read it yet, you can visit this link, otherwise, dig down below for the

And what music video it is? The Black Eyed Peas’ Bebot.

This Filipino music video starts off with Fergie and Taboo visiting this house where they are about to meet Apl.De.Ap and at the door, they’ll be greeted by Apl’s mom.

Apl’s mom will now call on Apl to go down and meet Fergie & Taboo where they will go at this park but then Apl’s sister busts out of the scene which happens to be Jasmine Trias, third place finalist on the third season of American Idol.

Apl’s mom insisted Jasmine should also go to this party and so did they!

The next scene takes place at this park filled with party people and chicks. A jeepney passes by and gettin’ out of it is Apl and Taboo plus flash scenes of people. From these flash scenes, you will see sexy public figure Filipina, Christine Mendoza dancing with Apl.

You can also catch adult film actress Kaylani Lei. Born in Singapore but is of Filipino descent saying the “Bebot” word in that shot.

At this smoking hot part filled with chicks comes a cameo by the name of Rj De Vera. A Filipino American street racing legend who also appeared in the movie The Fast and the Furious (2001).

One more popular hot chick makes its way in this music video but now dancing with will.i.am and this happens to be Tila Tequila. American television and social media personality and a star in her own reality television series in MTV titled A Shot at Love with Tila Tequila (2007). She is also a model that appeared in several magazines such as Playboy, Stuff, and Maxim.

Park also means food, picnic and all the yumminess under the sun and with these scenes, you can also catch several notable celebrities. One of them is Charmane Star, a Filipina adult film actress who has appeared in over 300 films since 1998.

You’ll also catch a glimpse of American Idol Season 8 Filipina Jennifer Samoranos. Another American Idol contestant also made its way to the scene and this time it’s Filipino Jose Galang “Sway” Penala who joined the fifth season of the show and seems to be interested with Apl’s sister which is Jasmine.

Actors, actresses, models, I think we almost got it all. If it’s a party, parks, and food you should not miss the music right? and a DJ will definitely cut it. In this Filipino music video, we can also catch DJ Rhettmatic, a producer and DJ and part creator of Southern California’s first turntable band called the Beat Junkies who happen to be grilling some chicken in the scene.

A Filipina American singer to add to the roster is Camile Velasco, who came in 9th place on the 3rd season of American Idol. Also known as Ciara-Camile Roque Valesco. Chillin’ at the park on a picnic table along with other hotties.

The music video then transitions into the night and switches from park to this house where the party continues. Dj Rocky Rock also made it in the video. He is a world champ turntablist that also worked with Linkin Park and Sublime. Know more of his achievements in this link.

What more we can add up to this music scene? RAPPERS of course! Cameo appearance by the Native Guns, featuring Bambu and Kiwi Illafonte. Both have mixtapes and albums under their names and were formerly affiliated in gangs. Instead of the gang lifestyle, they chose to divert their energies in creating good music. Read some more of their roots and achievements in this link.

Do you think we’re done? One more popular personality to make it in the music video is American professional boxer of Filipino descent, Brian Viloria. Former unified WBA and WBO flyweight champion, as well as a former WBC and IBF light flyweight champion who happens to be dancing and partying with some chick.

To find out if we did not miss any notable personalities in this popular Filipino music video, better watch the insane video below together with the 1st generation version of Bebot, a more old school themed version compared to the 2nd video. 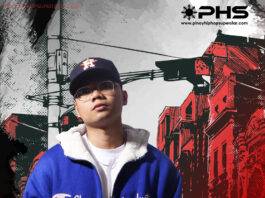