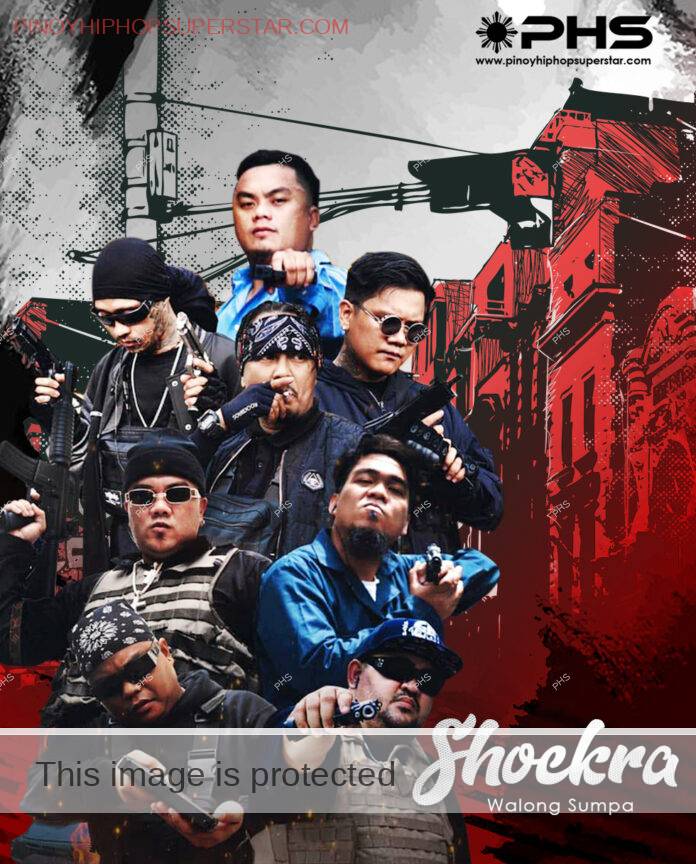 Abaddon, Crazymix, Flict-G, Tuglaks, Kial, Numerhus, Smugglaz, and Inozent One are individually successful, creating their own mark in the rap game and even social media, mostly composed from MOB roster but they were collectively known as Shockra or Walong sumpa ng Shockra

establish 2007, it started on the group CMT (Caloocan, Malabon, Tondo) with Kial and Innozent One. It was Abaddon idea to ask Gab (108 Mobstaz) permission to form a group and he named it SHOCKRA (Shock N Rap Game), they included Numerhus, Smugglaz, Flict-G, Tuglaks, and Crazymix. This supergroup is mostly known for their chopper-style rap style and they created a track called Philippine Chopper

Manila, Philippines; 11 August 2021 – After taking hiatus to focus on their booming individual careers, Filipino hip-hop supergroup Shockra returns with an epic banger inspired by the recent resurgence of heist-themed films. 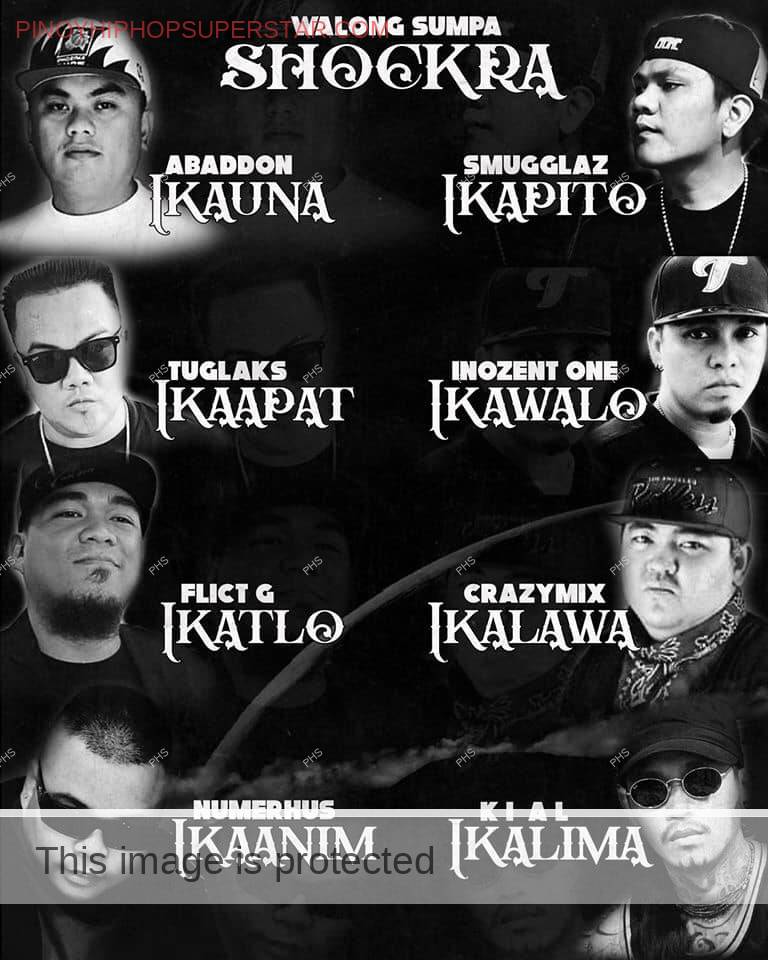 Hop on a mythical beast of a track called “Operation 10-90,” which effortlessly blends their collective musical influences with hard-hitting beats from Jan-C and Tha Black G.

“It took us two years to find the perfect beat for our comeback single,” Flict-G shares in a statement. “After finally deciding on the overall direction for this particular song, we decided to discuss and go ahead with our plan. We’re inspired by ‘90s action films