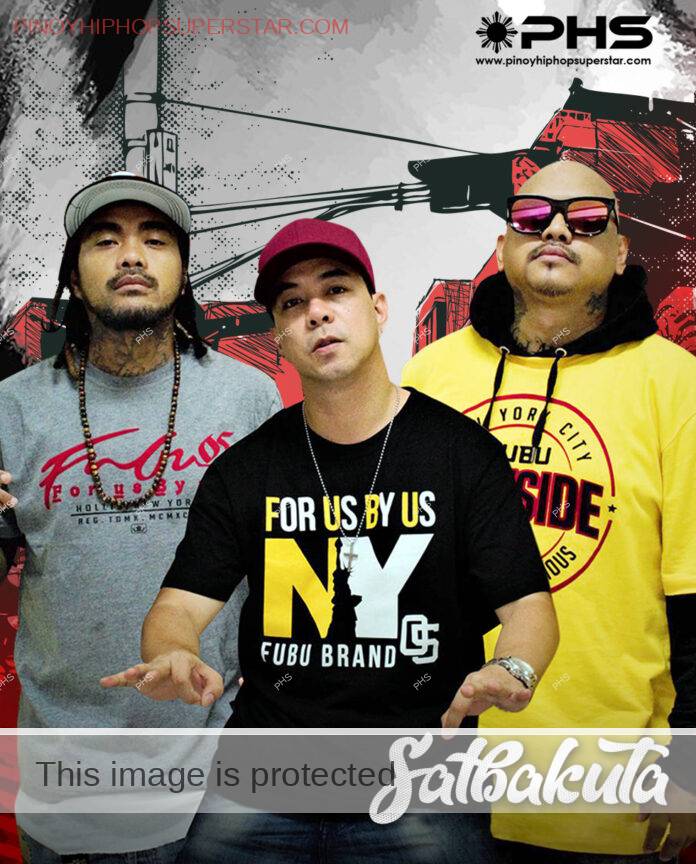 Salbakuta is composed of, Jawtee, Charlie Mack, and Mad Killah. They enjoyed instant celebrity status in the early 2000’s due to their phenomenal hit single S2pid Luv which featured Nasty-Mac of Block Pro. Salbakuta is a Filipino rap group formed by the legendary Andrew E, The group achieved mainstream success in 2002 with their breakout single “S2pid Luv”, which heavily includes samples from Barbra Streisand’s “Evergreen” due to its popularity it also became a movie that includes Andrew E and Blakdyak.

It was Charlie Mak, who is of Bicolano descent, explained in an interview that the term “Salbakuta” is Bicolano for “naughty” or “mischievous”

An alternate version of “S2pid Luv” with an original hook in Tagalog instead of the “Evergreen” sample was later released.

Nasty-Mac, more widely known for his stint with Salbakuta than for his other efforts, passed away on September 2, 2008 due to high blood attack. He was 30

After their successful albums, Salbakuta have some hiatus and rearrangement of members that revitalized the group, they became more active in social media releasing new tracks,  collaborations with other artists in Dongalo, and even diss tracks against artists who doesn’t respect old school and people from their camp. Their youtube channel became a home from other Dongalo artist tracks as well, with the newfound energy from the group we can expect more from this legendary group.