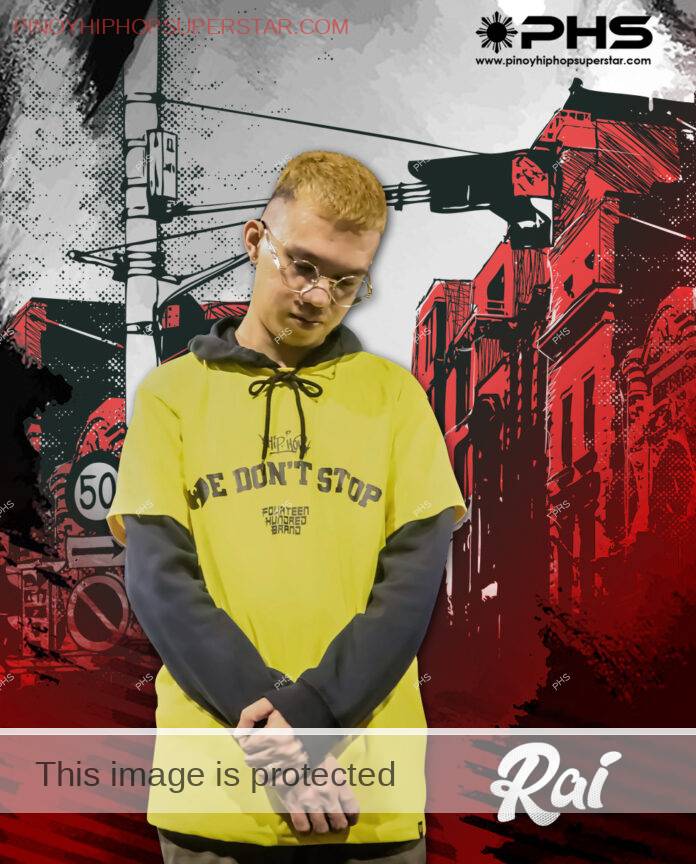 Raymond Lungub also known as RAI a Rap Artist, Producer from East Bagong Barrio Caloocan City, In 2002 he started to like rap music and he joined freestyle battles. In 2008 he made her own rap group named Rapstar  Music and become a grand finalist of Eat Bulaga “Flip Eat” Rap Competition.

Also a former member of Projekt Stealth nominated and winning the tittle as the Rap Group of the Year at  NMD Production in the year of 2015. In 2017 he made a new label named Real Music and now one of the artist
from the new rap group Sulatroniko and Owner of a clothing lined Fourteen Hundred Brand.