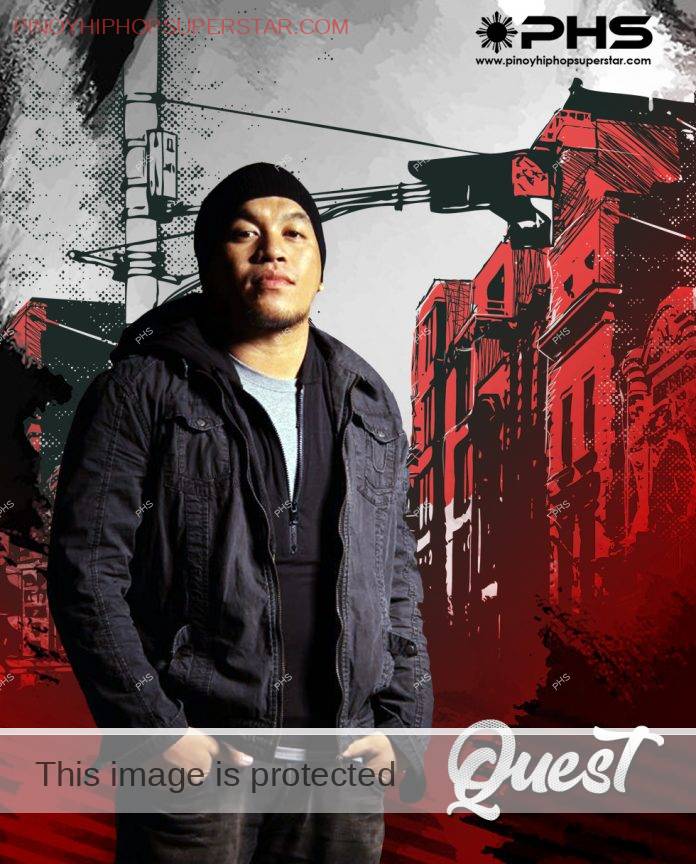 Jose Villanueva III (born 1982 in Las Piñas, Philippines), better known as Quest, is a Filipino singer, rapper[1] and songwriter, known for his song “Sige Lang” in 2012 which is the theme song for the basketball team Gilas Pilipinas.[2][3]Quest is a hip-hop and R&B singer wherein he won ‘Best Urban Music Video for 2010’ at the MYX Awards Philippines for his first single “Back to Love”.[4]

Quest honed his craft as a lead vocalist and music ministry director at the Fort location of the Christian church Victory in Manila.[5] He left in 2007 to pursue a full-time career in music. In 2009, Quest started recording Flip Music with Jumbo de Belen without abandoning his contemporary Christian music roots. He soon collaborated with Filipino actor and singer Sam Milby, whom he met in church, in marketing and producing his debut album.[6]

In 2015, Quest signed a recording deal with Warner Music Philippines. His sophomore album, Life of a Champion, was released on May 20, 2016.