THIS IS NOT AN ACTUAL/ACCURATE POLL, Since ilan lang din naman ang replies that I got but still every comment counts and the people have spoken 😀 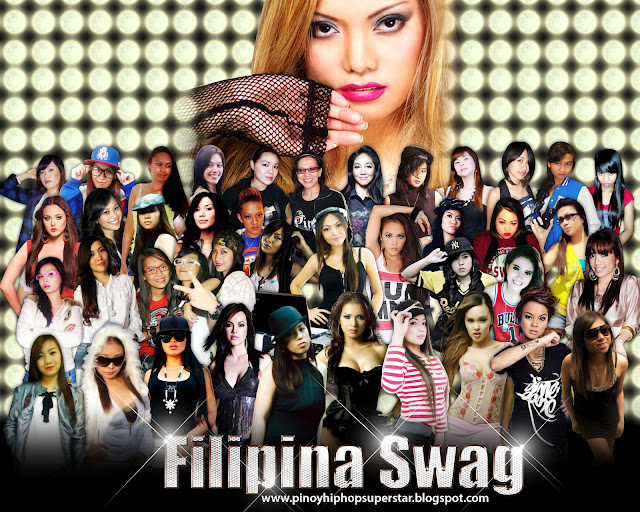 The Goddess you are seeing right now is Maria Herrera the model and the
FHM Babe for the Month of July but who would have thought that this gorgeous and sexy young lady is also the female emcee formerly known as
Cypha-Sis
who is a member of the all-female rap group named Heaven Sent. It was the year 1999 when Cypha-Sis appeared on the independently produced compilation of Bomb Ass Productions entitled Fo the Luv of It featuring fellow independent rap artist like Rapskallion, Flipjoint, Holla Fame to name a few and if I’m not mistaken she is the only female emcee that has a solo track on that album and the title is “Funk Shop”. She together with Heaven Sent was also included in the Classic Dj Arbie produced United Freestyles vol. I Mixtape. Then was featured on El Latino’s- Young & Dangerous
album and that is the last time we heard of Cypha-Sis and Heaven Sent. According to on her interview aside from modeling, she is currently working on an album but it is not clear if it’s gonna be a Hip-hop/Rap album. So let’s just watch out for that album not just on Maria’s Body. -EB
Source: http://ssonictv.blogspot.com/2007/07/cyphasis.html
PROBABLY THE SIMPLEST, MOST DOWN TO EARTH CHIC YOU WILL EVER MEET. Ira a.k.a Dyme is the only female member of Blanc. One under Onethedd Productions
known for the track “Automatic Girl” and the famous stage wrecking all-star track “Warcry 2nd Revelation” by Onethedd Artists. 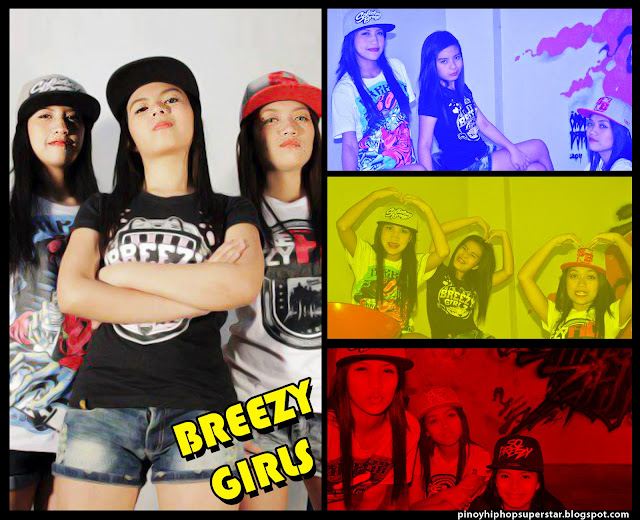 Bebe Riz (born on July 1, 1989 in Pasay City) is a Filipina rapper that currently resides in Dasmariñas, Cavite. Known for her witty punch lines and unique flow, Bebe Riz collaborates with an extensive amount of musicians locally and internationally. She is capable of adapting to different beats and topics and writes her verses accordingly. Bebe Riz is also well known for utilizing a technique coined “multi-syllable rhyming” which is often referred to as one of the more complex ways of rapping a verse. Raised in Wellington, New Zealand, Bebe Riz started rapping in 2003 after hearing a local artist. Since then, she has been polishing up her art in terms of flow and lyrics. In 2008, Bebe Riz set her sights on the international music scene and started rapping in the English language. Due to her style, flow and lyrics, she was instantly recognized by musicians internationally and was asked to collaborate on a number of tracks.
These efforts then garnered her underground fame. Bebe Riz has just recently released a self-titled EP produced by Paro Paro Beats (New York).
Websites: (Music)
www.soundcloud.com/beberiz
www.reverbnation.com/beberiz
www.youtube.com/beberizmusiiq
Facebook Fan Page
www.facebook.com/beberizmusiiq

Girl Power! Who says guys are the only one that can talk trash and do Fliptop Battle, well you have to see Lil Sisa in action. Let’s see if Teacher K can break a rhyme of her own with this small but lyrical hottie.

Source: http://www.flippish.com/happy-endings-lilsisa/2012/09/09/
HEARTY THA BOMB has a wide variety in her music. She has steamy hot tease songs, love songs, and a whole lot in her package. HEARTY hits up the stage and the microphone while performing and at the same time drives the boys to their knees with her pretty hot looks. HEARTY THA BOMB can rap & dance. A real skillful artist that is certified to capture the hearts of the mass.. boys & girls alike.
After a period of time, Seven Shots shone the limelight to make way for their studies, work, and family but still doing’ some shows on the side. And in 2002 they decided to come back and record their 2nd album under the management of Radha (former member of KULAY) and Mike Tinsay under the record label Bigdogg Records. They also added new members to their roster, PJ Sales, a friend of Harry J. who can sing R&B and Monique Jaramillo who stood out when Seven Shots held an audition for a new girl singer, which turned out that Monique can also rap to boot.
Read more: http://pinoyhiphopsuperstar.blogspot.com/search?q=7+shots+
Snapper‘s spectacle of her ability to merge her passions into her work. Her imagination perplexing street fashion and music. From Hip Hop Culture to Asian fashion, her fetish love for fashion and music began early. Growing up in the city of Angels, Los Angeles, California. In the mid 90’s she was receptive to the whole party scene and distinguish different crews wich portray unconventional attire, influenced by the entire west coast
gangsta rap music she fell in love with HipHop. Queen bee of the hive. Don’t let her looks deceive you, she can bust a nut on the mic and represents the Oriental gee style.
This Hip Hop heroine astound the local Hiphop scene with her class and style rhyming her way to the top. She will soon ascent in the HipHop scene with her anticipated solo album as Official Wika’s First Lady she made her mark on Pinoy HipHop.
A spoiled princess in her own world. The only girl in the family. Brainchild. Mastermind. An artist.

Designer. A Poet. a Hustler. an Achiever.

boss snap might be my personal favorite because I know her,
not only she has an angelic face, a body to die for but
she also has a nice heart, very down to earth, very caring
person. – PHS

Born and bred in Cebu City, Honeyleen Concepcion – Rosaroso or popularly known as “Hi-C” of Dice & K9 MOBBSTARR feme had easily caught the ears and hearts of hip-hop & pop listeners alike. Her unmistakable glossy yet sultry voice helped popularize hits like “Itsumo”, “BestFriend” and “Shake” which became quite a college radio phenomenon overseas. Hi-C ups the ante this time around as she gets ready to release her solo album aptly titled “Fountain of Youth”, a metaphor which represents music as the medium responsible for her seemingly timeless beauty. Having appeared twice on FHM Magazine and being the cover girl for Digital Photographer’s maiden issue, Hi-C had also branched out to different aspects of show business like modeling and acting. She has also appeared in the award-winning independent movie “Tribu” directed by Jim Libiran.
Her pop-star image, catchy hooks and undeniable acting talent may be all she needs to distill the erratic taste of today’s generation in terms of music and fashion
Source:http://tannedswimwear.multiply.com/journal
and of course 😀 The Queen
A rapper named “Chill” made a name in the scene. She first appeared on numerous Dongalo Wreckords projects before she released her self-titled album in 1998 which received commercial success. Aside from collaborating with other rappers. Chill even did tracks with rock bands on compilations, bands album and on her second release entitled “Egomaniacal” which also featured a female rap duo namely “Misteazas” that is composed of “Dizzy” & “2tay” who is now a solo artist.
Source: http://ssonictv.blogspot.com/2008_06_01_archive.html

boss Chill (as i call her) for me is the Epitome of a Complete Femcee
she’s dope, she’s hot, she’s the total package, that’s why most
people consider her as the queen. she sets the bar so high,
well i must admit isa rin ako sa mga tulo laway nung nunang
beses kong narinig si Boss chill. and yes it’s true 😀 – PHS

So there you have it guys thanks for all your comments, for me every femcee is beautiful, we could actually make a Top 50 sa dami ng magagandang babae sa local Hiphop 😀 o yeah isn’t nice to love this community. 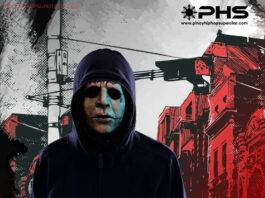