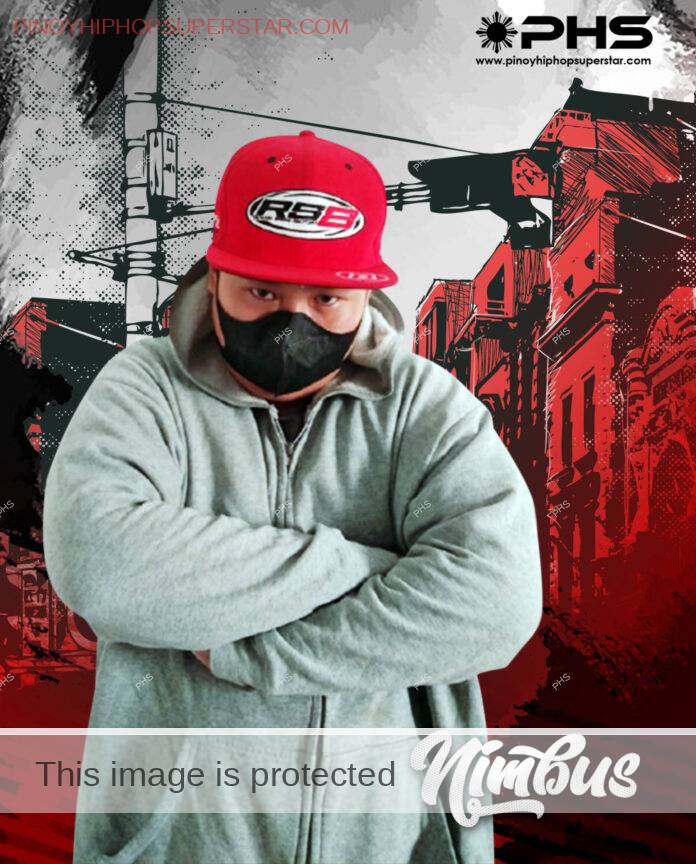 His rap name “NIMBUS” is an often dark grey cloud that usually produces continuous rain or typhoon, which signifies his storm-like presence. In his early days, he was exposed to Rap in 2006 because rap music is intriguing to him, he sited that he feels like rap is personally talking to him.

A friend who’s a former rapper taught him the basics of how to write. In 2009 he became a freestyler, his fondness for the music makes him resourceful, even though he doesn’t have the right equipment yet he was able to produce his own tracks by renting PC’s from the nearby shops, he used a program called “Cool Edit” which is the basic editing software available during that time, to create his tracks and later upload them to Imeem an online service media website where users can share their music during 2003-2009, until he was able to buy his own equipment, During that year he became a fan of Sandamukal and Gagong Rapper the rap acts you can’t ignore during that day. He was also a fan of Rap Public in the Philippines and dreamt of joining that contest one day and that inspiration even pushes him more.

He was also a battle-hungry emcee who joined a rap contest during his early career, although not always successful he once wins in a rap contest in Nueva Ecija.

In 2012 he became a part of PFPro which means a lot to him, On one ordinary gathering his friends challenged him to try if can have a collab with Crazzy G, he ask him politely online which Crazzy G accepted, and that collaboration turned into a blessing as Crazzy G invited him into his studio and became a part of PFPro, he was included in PFPro All-star mixtape.  In 2013 he have a collaboration track together with Bastee and Crazzy G titled “Di tayo para sa isa’t isa” which they reupload this year and has 17,122 views on Bastee’s youtube channel.

In 2022 he release a track he composed in Dec 2021 which was released the following month January 2022 “Tinotoyo” which is unexpectedly received well by the casual audience, some Millenials even use it on TikTok there’s even a grandma who used this track on Tiktok which amazed Nimbus himself. (Check the compilation below)

Fast forward Nimbus also joined the freestyle contest on Kumu, he also joined the Jhoan Endang Rap Challenge sa Kumu. As of late, he is doing a review-type stream on his Facebook account, which helps and gives tips to other underground artists as well.

He sited that his goal is to someday release an album with some collaboration tracks with artists he admires which includes (but is not limited to) Poison 13 and Dello. A project we will surely get in the future but for now, let’s enjoy his newest broken love songs offerings.