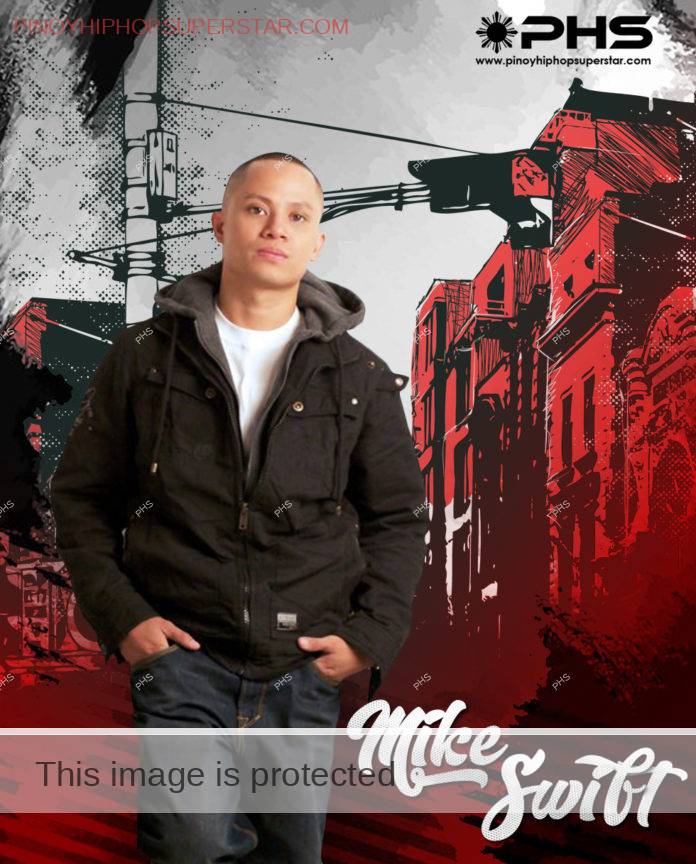 He is the first Filipino in the USA to own a record label, having co-founded the independent Head Bop Music in 1998. Mike Swift was born in the Philippines but grew up in New York City. He has made a name in the US music industry but his heart’s home is the Philippines.

“I love the PI, it is where my soul is happiest,” the Filipino-Brooklyn Mc says.

This love for his homeland is reflected in his craft. His first mixtape was titled Pinoy’s Finest Mixtape Vol. 1 and echoed his Filipino roots loudly and proudly. Mike also boasts of the Filipino talent not just in music but in every field possible. “I believe that when given the chance to exercise our skills, with good teachers who can lead us to the higher levels, the Philippines will give birth to more world class performers in whatever field that may be,” Mike beams.

Mike’s strength lies in his relentless pursuit for greatness with his unorthodox approach to the game known as the entertainment industry. By sheer passion and determination, he has emerged to be a respectable international artist. Mike says it is not just his love for making music and performing that fuel his passion, but also the excitement to learn about the business and the possibility to make good living with what he loves doing. “I love the challenges it poses and the surprises it gives me. And I believe I have the chance to make history in this world. With these in mind, it’s pretty hard not to be passionate,” Mike adds.

During his short stay in the country, he made a loud noise that caught the attention of Death Row’s popular founder Suge Knight who asked him to come to Los Angeles to compose and record several songs in Paramount Studios. Some of these songs are included in his upcoming album titled “Legendary”.

Mike has been busy these days. He has released a DVD titled “Get Jay Z For Me Before Christmas” that explains his mission for recording the “Legendary” album. The album and DVD are part of a big package that includes a movie titled “Billboard”, a book called “Billboard the Book”, a concert titled “Bestseller”, and even a reality TV show titled “To The Billboard”.

Obviously, Mike dreams of making it to the Billboard and this motivation can also be seen in his YOUTUBE videos where “To The Billboard” has become a movement that inspires its viewers. This gave way to the konektado movement (www.konektado.com) whose purpose is to bridge all gaps in this world. “With Hip-hop as its main foundation, we travel across the planet to show there is a connection that can be linked to each and every one of us through God and music, and we plan to bring everyone closer than ever before with konektado.com and konektado DVD magazines,” Mike shares.

This artist who finds inspiration in life itself reveals the secret to his success: “I have a tight grip on the thought of getting the last laugh. This is what motivates me to do more, to always be better.” Mike Swift always thinks of the day he made his first million dollars and makes this his benchmark for always aiming for the best.

He may have made it big. He may have gone to many places. He may have reached the heights of life. But, Mike Swift’s feet remain on the ground. He has only one message to all Filipinos. And that is, “Ipagmalaki natin ang sariling atin!”