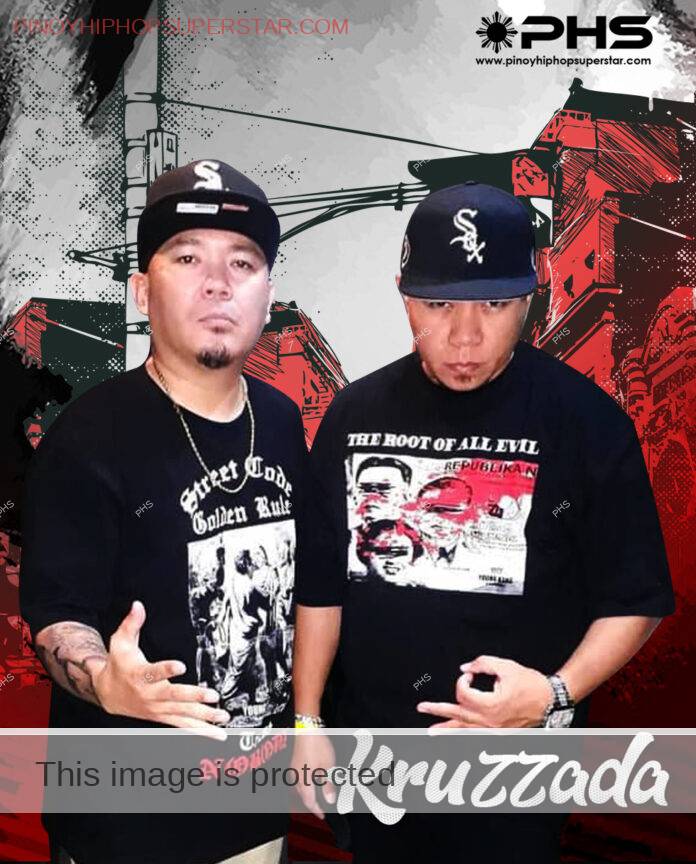 Kruzzada is one of the most respected rap groups in the Philippines, based on Parañaque consisting of 3 members Cruzzito Uno, Supremo, and Padrino, known as the first gangsta rap group, known for their explicit lyrics with gangsta life and some sexually themed content. At first, it was Cruzzito’s idea to name it “Crusade” but Andrew E. advise them to name it Kruzzada. They audition for Andrew E’s Rap13 in 1997, They were welcome to Dongalo Wreckords together with groups such Salbakuta, EHP, Razzamanaz, Blackpro, and Sakit ng Sukat.

They release their first album in 2001, titled “Pookeenangeenang Bitch” under by Believe Music (on behalf of Viva Records) with 8 tracks that also include an intro and outro. This album includes collaboration with the legendary POOCH with tracks such as Pookeenangenang Bitch and Warlord, the classic High Skul Lyf with Hakim, and Jawtee in Sabik sa bawe, they also produce more hits like “Homeboy”, “Rap Artist” “Warlord” to name a few. The group is signed under Dongalo Wreckords. Did you know that Meynard Dorobo/Padrino of KRUZZADA is one of the founding members of TBS (True Brown Style) the largest gang nation in the Philippines, with accolades like that Kruzzada is beloved by many.

In 2020 they were included in the latest iteration of GHETTODOGGS in the highly awaited track AYAWAN NA (COFFEE PARTY NA) Supremo (Rappin Lappa) Cruzzito (Rap Weiler).

In 2021 they release VACASHONISTA with Jawtee they also collaborated with newer artists such as Parañaque Rebels with a track named Parañaque (Kami Naman).

As of the moment they are still doing live events, guesting, and performing their classic hits, which makes old school happy and at the same time turns the new audience into a fan.