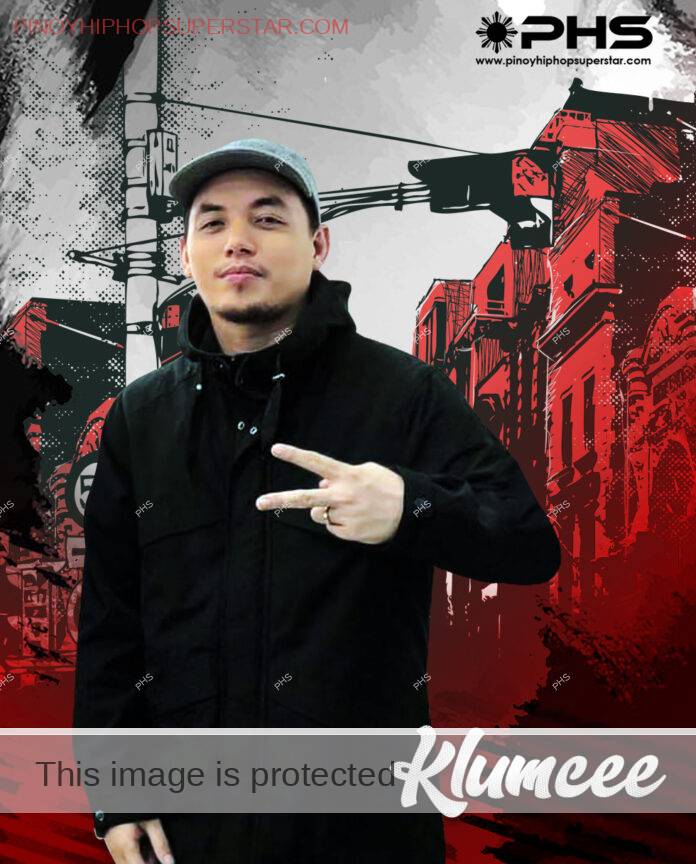 Lester Klumcee Vano or simply known as Klumcee is a music Producer, Song Writer, Beat Maker, Sound Engineer, and Composer. He is the one who’s behind the success of his nephew Shanti Dope also with Gloc-9.

At first, he started as a fan of underground, he once attended an underground event and was amazed by it, which triggered an idea to produce an event as well. Until he decided to write and became a rapper during those times he became part of Tony Chrome’s Lyrical Assault and later became a part of Dice & K9 formed in 2002. The group became a household name when they release a smash hit “Itsumo” which propelled their second album entitled Mobbstarr to hip-hop royalty status. Later became part of 6G (6000 goonz) including Dice & K9, Gloc 9, Stick Figgas, Jay Flava, and Beatmox.

On Nov 5, 2018 he was part of a collaboration track with Loonie, Lourdes Duque Baron, Shanti Dope, and Aklas with a conscious rap named “Pilipinas kong Mahal”

Klumcee is responsible for giving us Shanti Dope, He was the hook behind Nadarang, Mau and Normalan which usually have a million of views and that is just to name a few forShantiDope and KKK for Gloc-9. He also collaborated with Shanti Dope, Gloc 9, Chito Miranda in the track “Pati Pato” released on Aug 30, 2019 under Universal Records Philippines.

On Sep 10, 2020 he release his “Napalm Dreams EP” on his youtube channel with 9 dope beats under Young God Records, that you can listen to here:

As of late Klumcee is busy producing for YOUNG GOD RECORDS

Who's Online : 21
By continuing to browse the site you are agreeing to our use of cookies
error: Alert: Content is protected !!