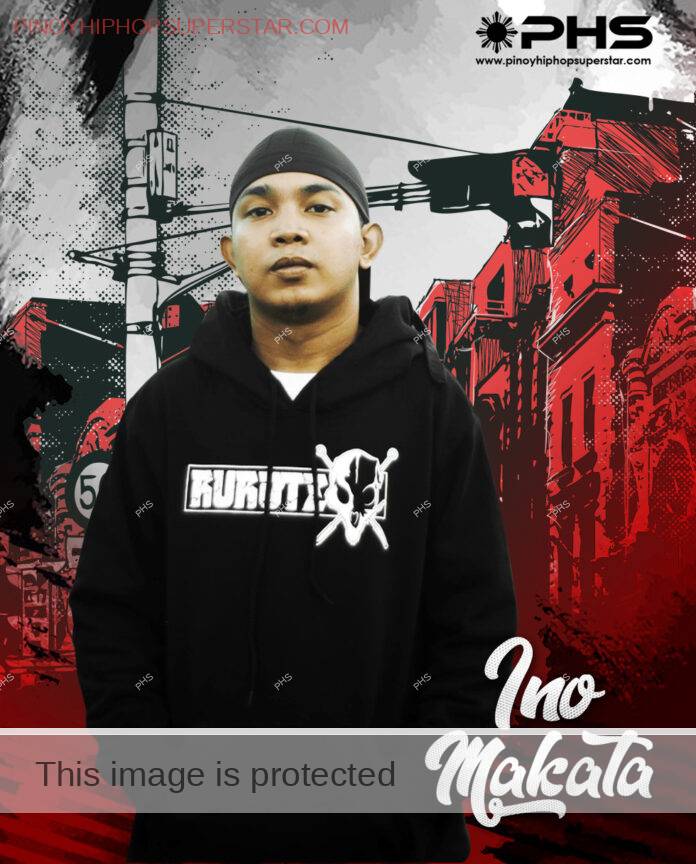 Joshua Ylen Martinez aka Ino Makata is a rapper, songwriter, producer, event organizer from Zambuanga city also a member of WUT ( We Don’t Usually Do This ), Dropoutxclusive a founder of Musicamino and 2019 Rapture Champion, as of late he created Sound Check Studio that aims to help underground artist.

at first he uses the moniker “Turbo” because of his tongue twist style, speed rap but he decided to change it once he open a dictionary given by a friend, the first word he sees is “INO” which means “Attention”, that name stuck to him as he needed attention to himself then add “Makata” eventually.

In his early years he always memorized rap songs, but he started writing his own at the age of 16, then eventually he learn to produce his own beats and record his own without any help from anyone but he wanted to challenge himself that he can do it on his own. He sited that he was influence by Gloc-9 and J.Cole

In March 29, 2021 he collaborated with Jhoan with the track “Masaya na ko”

On April 1, 2021 we featured him in Online Random Interview on PHS facebook page, he mention that rap is his plan a, and he doesn’t have any plans other than being a rapper, and no one will argue with his goal.