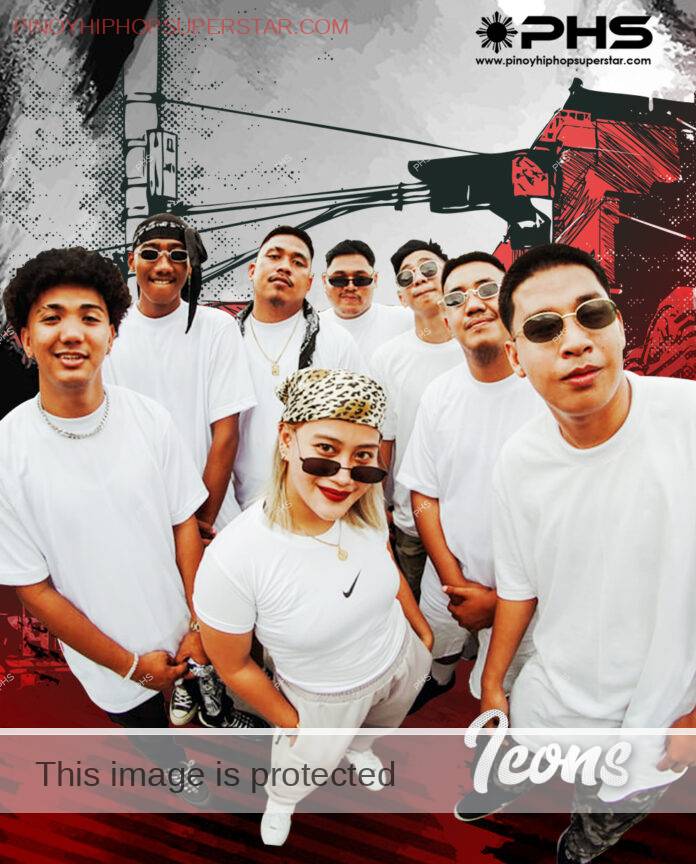 Icons music is consist of 8 Talented Emcees from pasay, Hadz Akok, Jadwick, Jeric, Marv Ram, Nitram, Jhecks, Ekims & a female emcee named Drea B, with a chemistry like no other, this group have a lot of potential their tracks are usually mainstream ready but not limited to mainstream topics, they have the street cred, conscious and easily likeable tracks their “Kinabukasan”, “Hindi mo alam” track can hooked and casual and hip-hop fan.

In June 2021 they release their PASADA album in youtube that consist of 11 tracks, a thematic album that not only visual accurate the tracks are well composed and produce as well. “Manong Drayber”, “Barya” track were an easy favorite. Not only they were ready to conquer hip-hop scene they were are not afraid to try different combinations from their roster too.