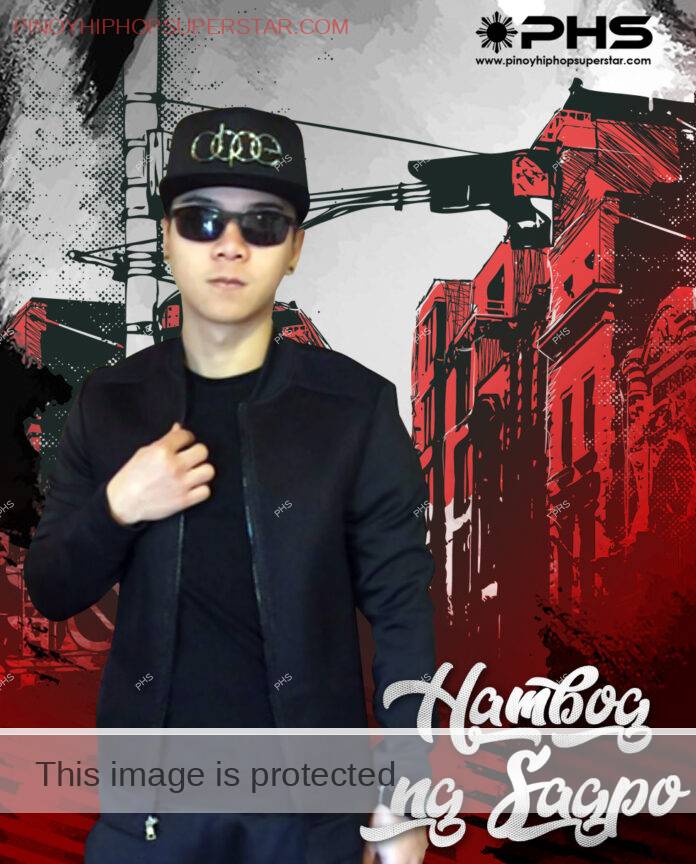 Jay Vincent De Guzman also knows as Hambog Ng Sagpro (Or Hambog ng Sagpo Krew)is a Rapper, Composer, Arranger, Song-writer, also a from Queens New York he is also a Dubber and Founder of Sagpo Films, as of the writing he is now a artist of Asero and Dongalo Records.

He stated on his 44 Bars challenge that he was 10 when he was first listen to rap music, it was the Rap Public contest show that makes him hook to Rap, the interest grew until he kick off his interest, he listen to artist such as Andrew E, Francis M, Gloc 9 even Dongalo and 187 Mob, he listen and try to learn from everyone until he mold his own style.

He is one of the most respected artist in the local hip-hop scene, the remake version of old track “Alala nalang” gains 2.8 Million views in youtube and this track is almost 10 years ago. This track have a mainstream approach too and can make casual audience into a rap fan. As of the moment his is more active and have different approach in his newest tracks,  he is also active in youtube, reviewing local rap tracks he have 546K subscribers and counting.