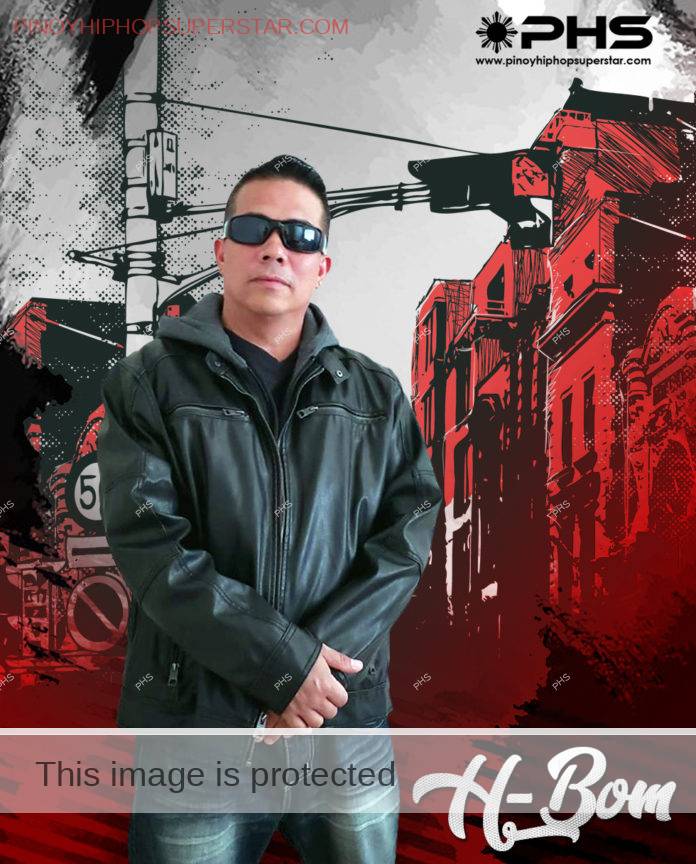 When it comes to the men of hip hop, gaining RESPECT in a highly competitive male dominated industry is no small feat whether that’s here in the US or in the Philippines.

HBOM made 4 albums  during his residency in Manila…1st album self titled HBOM, 2ND BUHAY, 3RD PWEDE BA, and 4TH D REAL SIDE.

Despite his foreboding nickname, HBOM was rather discipline. Rapping predominantly in English.. his music can be compared to the non-threatening, entertaining rapping of Will Smith. H-Bom isn’t mean or thuggish, He raps in a low, sensual voice, and also sings on many of the songs.

His rapping is CONFIDENT, as heard on the opening “I’m Fallen,” which also features a guest female singer singing a tender, soulful line.

“Why” has a flashy horn section playing the instrumental line from the film.. The Pink Panther, which weaves around the exuberant rapping of H-Bom.

Another IMAGINATIVE arrangement is heard on “Will I – C – U?,” which contains a string section playing a beautiful Baroque-style movement, blending majestically with the female backing vocals. (Baroque music is a heavily ornamented style of music that came out of the Renaissance).

“The Unknown” has the hardest edge of any song on the album. H-Bom’s rapping here is grittier, and the searing guitar solo adds a tough edge. Mostly, though, the music is accessible and non-threatening.

D’ Real Side is a well-conceived, enjoyable project. Like many Philippine pop stars, H-Bom avoided any hard edges on his material in order to cater to the largest audience possible.

Pj HBOM Segovia on a personal scale Loves PEOPLE WITH A GREAT SENSE OF HUMOR, He’s a lover of life AND AN OPTIMIST! Good for you PJ! ☺

Reflecting on everything. HBOM’s music overall wanted to highlight the shared love, respect, and passion that fans bring to his music events.

With this in mind, HBOM has developed and executed his very own Greatest Hits campaign, which featured none other than all his greatest compilation that can also bring values from his dynamics out into everyday life.