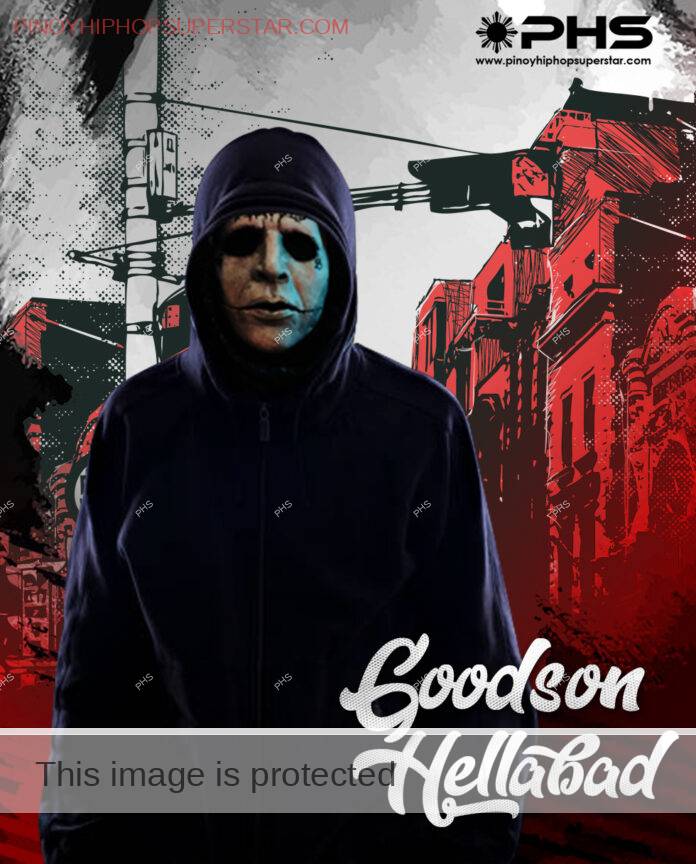 Rassel Tiquia also known as Goodson Hellabad is a producer, beat-maker, and one of the most respected music arrangers in the local hip-hop scene. He collaborated with so many artists including but not limited to Gloc-9, Zae, Gra the Great, Flow G and more.

on Apr 8, 2022 Gloc-9 collaborated with his beat for the tribal rap challenge.

and this Tribal 44 bars challenge became viral and was supported by so many artists both mainstream and underground, including, Gloc-9, Flow-G, Mike Kosa, Target, Smugglaz, Shanti Dope, Still One, Ramdiss, and more sharing their own entries.

Goodson doesn’t sell his beats and lets any underground artist use his releases.  Goodson is also supporting a lowkey life, hidden from the public eye and only be seen with his trademark mask with some markings on it like his logo near its eye, the word “BLESSED” on the forehead. One of the famous anonymous in the local rap scene.