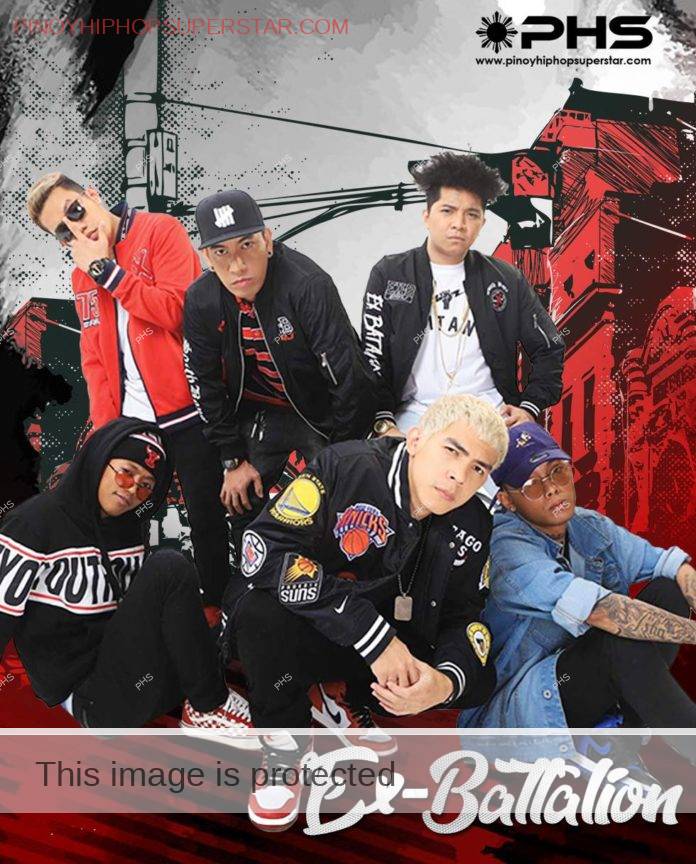 Ex Battalion, normally shortened to Ex B, is a Filipino hip hop collective formed in Manila, Philippines known for the hit singles “Hayaan Mo Sila” (#2 Billboard Philippine Top 20)[1] and “No Games” (#10). The collective was originally formed as a musical group by Bosx1ne, who mostly writes the hooks of each of their songs and Flow-G. Later members included JRoa, Jon Guttierez (who used ‘King Badger’ as his stage name), Emcee Rhenn, Brando, KentMNL, Bullet-D and Mckoy. The collective gained prominence nationwide after releasing several hit songs. Nowadays, they are dubbed as the most successful mainstream hip-hop collective in the country with a total of over 250 million music video hits on YouTube