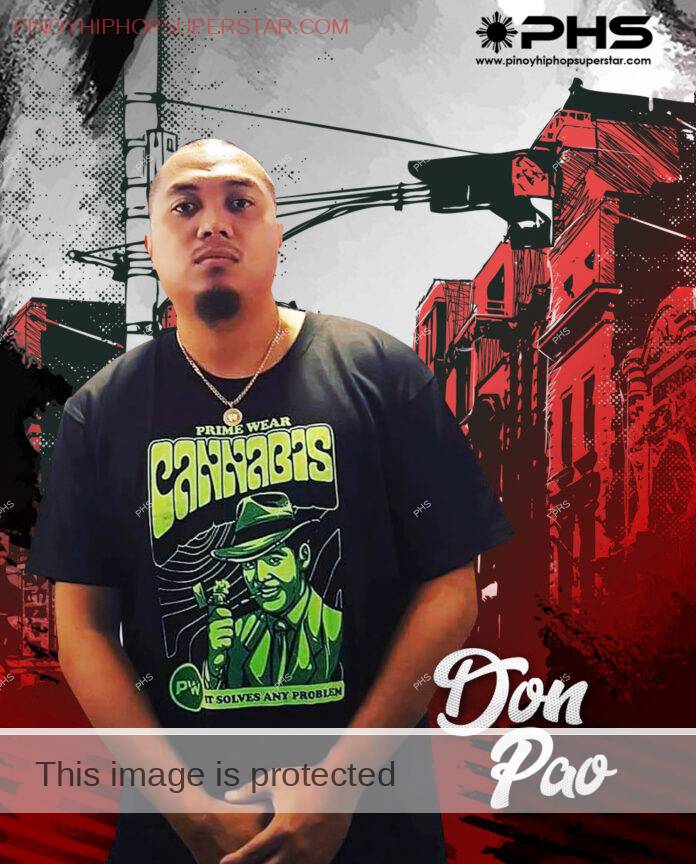 He is a member of Shots fired Kartel together with Don G, Tiny Montana, Pricetagg, Kris Delano, and others.

In 2019 he had a beef with Zargon, and he release a few diss tracks such as “Supot King” and “Zagone”. It was mostly a one-sided beef because Zargon hasn’t released a diss back (track) mostly a diss using Facebook LIVE.

In rap battle, he defeated the likes of Lhimkram, Invictus but one of his best match is the one against Zaki his calm, confidence, wordplay, gun bars, and personal attacks are all on display.

He releases tracks such as May Tira, Senyales, Roll with me, Sana di mapagod, Slow down under Allstar Pro. He is also included in Where Ya From with Tiny Montana ft. Raf Davis, ThirdFlo, Omar Baliw, Flow G