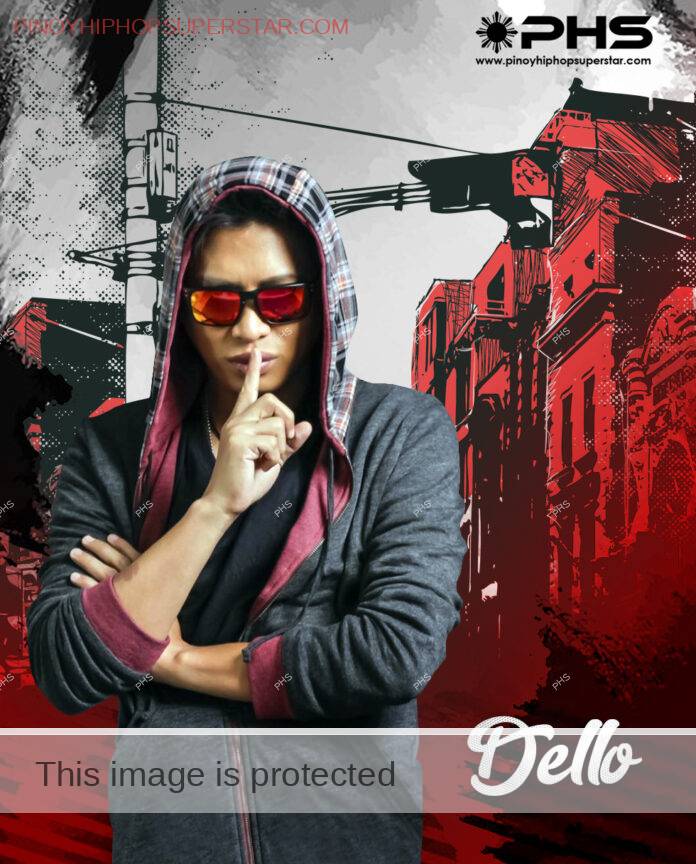 Wendell de Jesus Gatmaitan or simply known as Dello is a rapper, battle emcee, songwriter, from Tondo Manila he is also a recording artist of Sony Music Philippines. He is also considered as a Rebuttal King in Fliptop Battle League and of its first batch alongside Loonie, Target, Batas, and others that make it successful.

Dello make a name for himself when he joined Fliptop he’s battle with Target, Batas and Loonie are now considered classic, His comedic timing is unparalleled with everyone, his quick wit and ability to control a crowd is natural to him. He is also one of the few artists in Fliptop that’s not only good in a rap battle, but his tracks are also amazing too he’s “Sakto Lang” is one of my personal favorites.

His collaboration track with Flict-G, Smugglaz and Curse titled “Nakakamiss” is now considered a classic release 7 years ago with 23,332,792 views on youtube and still counting. It also has a Wish Bus version that has 99,090,470 views up to date.

Dello also has albums under his belt Prototype under Warner Music Philippines, You and Me mixtape (2011), Evolution Mixtape with an album with Skwaterhawz, Skwat.

Due to the popularity of Fliptop and hip-hop, Dello also has some Tv and Radio appearances and one of the most recognizable rap artists in the Philippines.