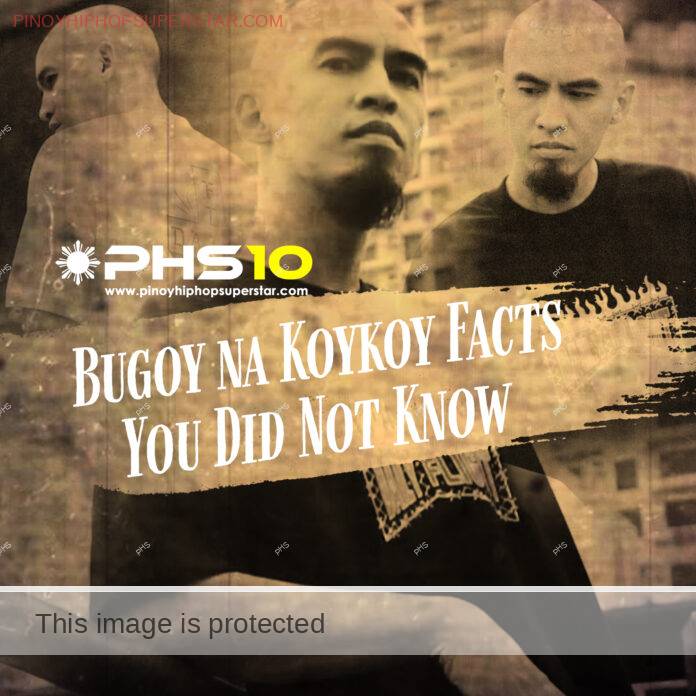 I came across an interesting podcast lately and have been enjoying it a lot. It’s Bugoy na Koykoy’s Podcasts. 2 Joints Life and Style which focuses on hustlin’ 1-0-1’s, Small Stable Podcasts featuring mostly La Bruha and Samsara 304, Sorrento Podcast an all-boys no rules talks with his Sorrento roots along with 2 Joints.

Everything below is taken from the podcasts. Napaka interesting malaman ng mga origins and roots ni Bugoy na Koykoy and 2 Joints so I decided to document some of the facts in an article like this.

With his descent into U.S. soil, BnK started selling eyeglasses/shades with two stores. Way back when he was young, BnK sold a yellow truck toy to some kid. He also created a comic book from scratch and tried to sell the thing as well.

BnK has this competitor drive in his veins to up his entrepreneur earnings. He once toppled a co-student who’s selling snacks and chips with his unique eggflan (leche flan na nasa loob ng itlog).

At the age of 17, BnK came to the U.S. One of his early grinds was working in a Chinese restaurant. More of a multi-tasking position but BnK likes doing the dishes in the resto, living at a friend’s house for the sacrifice.

BnK is known for his pure hustler nature and with this feat, his health deteriorated. Sleeping less than 4 hours and then off to hustlin’. Coming home, he would just eat Spam, sausages, and sodas. One day, bumigay ang katawan ni Koy. Lack of sleep, improper diet, and nonstop hustlin’ stopped the streak of the famous BnK.

He realized he could die from this routine. Nawala pangsamantala ang momentum ni Koy. He was somewhat traumatized by what happened. Did not want to edit some of his tracks, biglang balik sa pagkabata na nag laro ng husto ng Xbox like he missed those past time gimmicks.

BnK never liked vegetables in his earlier days but pagkatapos ng pag kaka hospital niya, he needed to do something with his diet. With the help of Poodong, Koy started fruits and veggies intake, replaced sodas with water also with La Bruha‘s influences for the diet change.

The compassion for dogs

We already noticed this in some of his music videos, BnK does have a love for dogs. He once shed a tear on his late dog best friend.

Tuloy tuloy ang podcast ni Koy, so iilan lang ito sa napakinggan ko or malamang napakinggan mo na rin sa channel niya. I am a fan of Bugoy na Koykoy‘s empire and knowing these facts from him is so interesting.