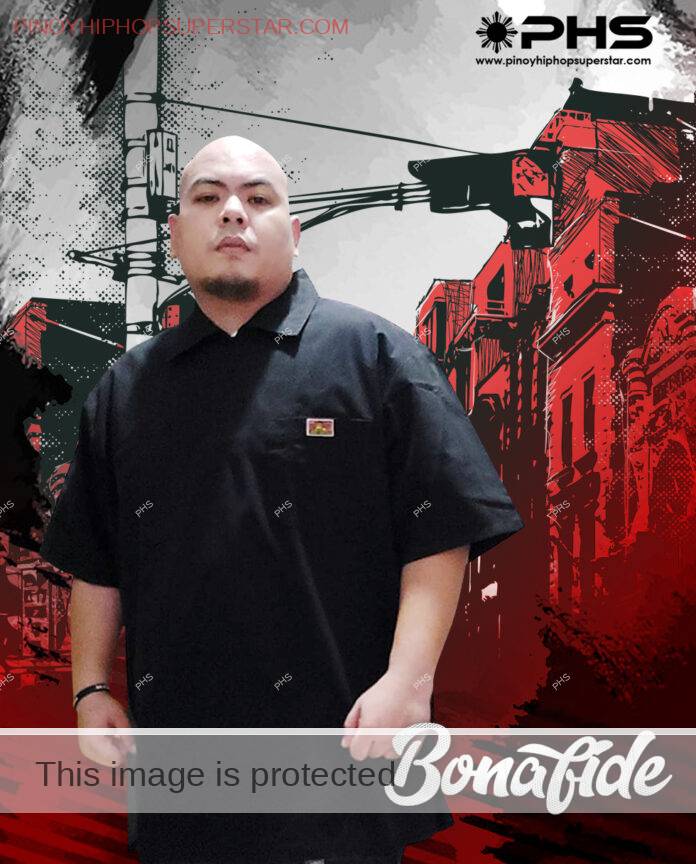 At first he uses “CRACK ONE” as his moniker, due to his fondness to the FAT JOE in the Def Jam Vendetta game, until he watch a movie called Blood in Blood out, there was a gang leader there that was named “BONAFIDE” and it stuck him, and search about it’s meaning and Bonafide means REAL, GENUINE OR AUTHENTIC, at first he added Lyricist to the name and later drop it. And he use the name ever since.

Bonafide has an on and off relationship with hip-hop since he focus on his professional career, no one introduce him to hip-hop, since at the time there’s no Hip-hop heads in their area, his first introduction to rap and when he listed to Andrew E, but what lured the most to Rap is when he listened to the rap group Salbakuta. That spark his interest to write music and figure out a way to use some free beats from YouTube.

In his early age he started digging more local rap music, some of which you can’t listen to radio, thanks to YouTube he was able to search a lot. Although he knows how to write a track he never considered it to be a career, until he went to collage and was able to create his trademark track, called “Pinoy Swagger”

this track was the one he use when he joined local competition and the very reason why he became part of Brown Pro Music of Dhzire Uhno, but with some personal demons he experience some career hiatus until he was back again and later became part of Sarap Buhay Music of Caliboi.

Now with a revitalized energy and eagerness to pursue his rap career Bonafide is more ready than ever with the experience he gained and his ability to associate with others he gains the respect of his contemporaries.

As of late he was part of 14Forti Gang a group of various artist from Valenzuela, the group will soon release more track and music videos and up coming events as well.