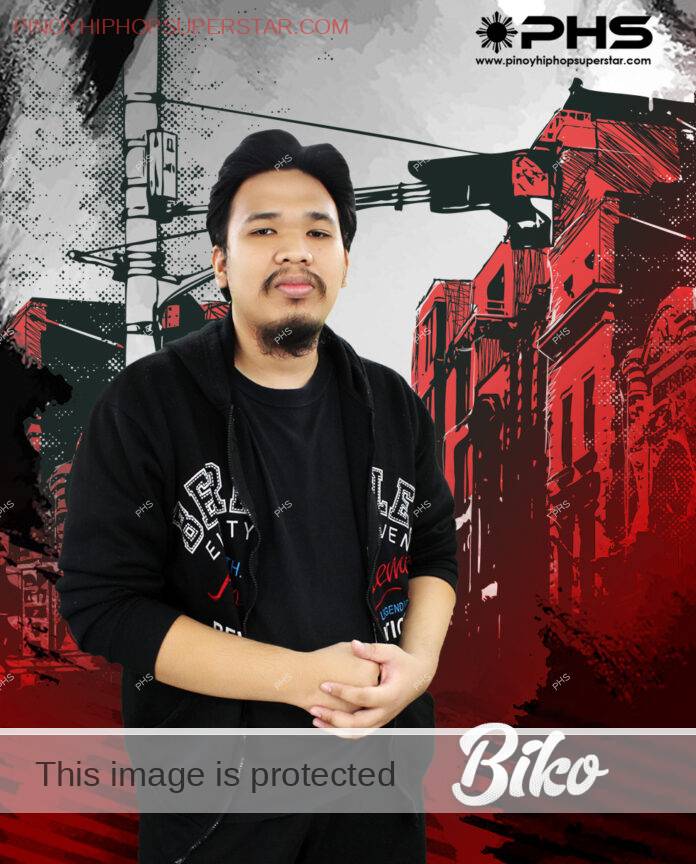 In addition, he is an avid fan of battle rap; FlipTop Battle League inspired him to write rhymes and further study the usage of figures of speech. Filipino rappers like Batas, Sayadd, BLKD, Apoc, and Ron Henley helped develop his craft.

The way of Biko’s writing could be classified as deep, conscious, and dystopian; making him unique. His accolades include being a Spoken Word Poetry “Anak ng Kalikasan” champion of Adamson University’s Tinik ng Teatro (2019). His song “Ani”, along with Peter and Shaheen, became 1st runner-up on Sangguniang Kabataan Muzon’s HipHop Writing Competition (2021).

In addition, his song “Magindara” with Dyurj and Shaheen, became the Musika Pinas Songwriting champion (2022).