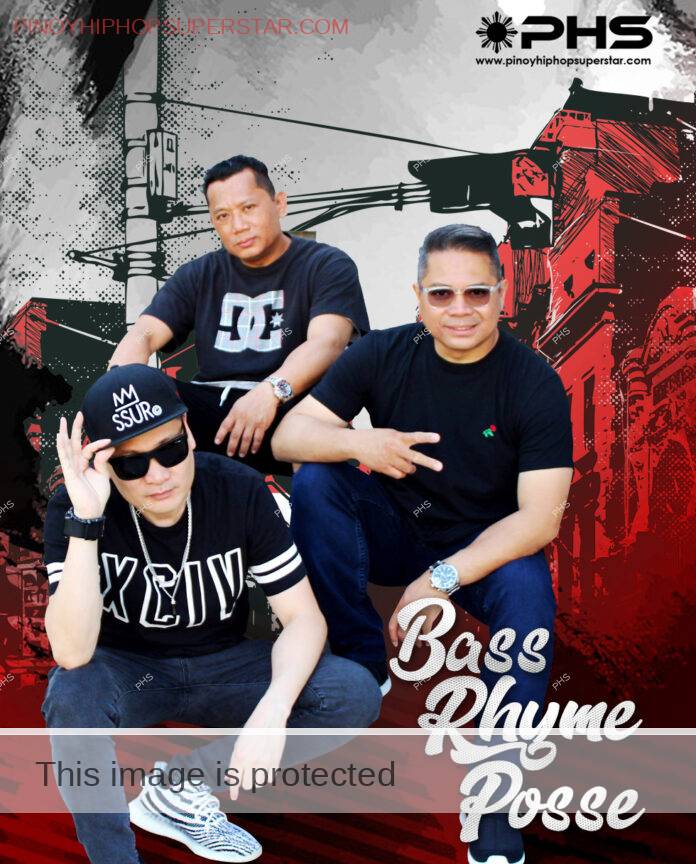 Why this name?
Back in the days (well, actually, until now), a basic drum beat from a drum machine or from a human beatbox is already enough to create music. Just add some lyrics to that beat and you already have a song. And that’s how we came about the name “Bass” (beat) + “Rhyme” (lyrics)…

Band History:
During the 1980s when the Philippine populace was well-acquainted with the sounds of English-based bands otherwise known as “new wave” and with Madonna and Cyndi Lauper as the most influential female acts in music, another form of art culture was attempting to emerge in the United States known as hip-hop. It was when substances of this culture were introduced to the Philippines in the form of break-dancing that many Filipino teens became fixated in this unique method of dance. Mobile systems also became widespread as Filipinos hosting parties and gatherings required a more stimulating way of entertaining guests.

One of the many mobile systems than was from a village in Las Pinas named R.A.P. crew (Rock All Parties) which included in their display of skills what was known then as MCing, a type of crowd-pleaser through chants like “Throw your hands in the air / then wave ’em like you just don’t care” (as popularized by DJ Kool Herc) and also showed individual rap performances. The R.A.P. crew which was then consisted of Rapmaster Fordy (soon becoming more popularly known as Andrew E.), Cool MC Norm and Fresh Kid (Bass Rhyme’s Norman B. and Andy Luv MD respectively) and others attempted to permeate the disco/club scenes as rappers by approaching numerous existing club managements to demonstrate their skills but frequently ending up being declined. Evidently, club promoters (and the Philippine public) during those days were not “familiar” with rap music. More often than not, they would chuckle as Cool MC Norm would execute his “human beatbox” skill which revealed apparent that various Filipinos were not ready for rap.

Equipped with a drum machine, wireless microphones, and instrumental records from the likes of Grandmaster Flash and the Furious Five, UTFO, Whodini, etc., the R.A.P. crew continued with their pursuit for rap to be recognized in the Philippine music scene. They would frequently perform as rappers at any invited gatherings. One major break for the crew came when Master Rapper Francis M. himself invited them to perform on his birthday celebration at a then 1980’s famous TV variety show “Loveli-Ness” where Francis was a regular host. Another famous rap piece by the R.A.P. crew in mid-1980’s was that of Rapmaster Fordy and Norman B’s “Makati Girl – Live in Full FX” performance in Araneta Coliseum which was soon included in Andrew E’s debut album “Humanap Ka Ng Panget” released in 1989. The said track acknowledged Norman B as the first known human beatbox and “fastest” rapper of the Philippines.

After being discovered at Euphoria disco, Andrew E. found fame as a rap artist. In late 1989, he introduced two of his friends from the R.A.P. crew (Norman and Andy) and another friend from his pop/breakdancing days (Jay, later known as J Smooth MC) to his then recording company Viva/ RJ records to form a rap group and release the first Philippine rap group album. Andrew E. initially suggested to them the name “Pine Rhyme” referring to Las Pinas being their native city. Pine Rhyme was immediately introduced to the media as the first rap group of the Philippines to emerge. They started performing and appearing as guests in Andrew E’s concerts, as well as school and provincial tours. Thinking that the current name Pine Rhyme does not sound much of a rap group at all, the group eventually decided to modify their name to Bass Rhyme Posse.

Bass Rhyme Posse signed a recording contract with Viva / RJ records alongside Markie D (later more popularly known as Denmark) with whom they became close friends. Bass Rhyme Posse’s music was inspired by numerous old-school artists. From the politically charged style of Public Enemy to the rap ballad style of LL Cool J. But Bass Rhyme Posse was generally considered as RUN DMC’s Philippine counterpart. Bass Rhyme Posse was also the first group to include on their album another DJ style of scratching called “Transformers” courtesy of Rod “DVS” Torres and DJ Paul of Murdertone on one of their tracks “Bad Trip”. After recording nine tracks in a few months’ time, Bass Rhyme Posse was eagerly anticipating its’ debut album release very soon.

But Viva Records’ big boss Vic del Rosario has a different idea. He demanded that Bass Rhyme Posse come up with two more tracks that are playful/ novelty in nature since it was during this time that Tagalog rap songs in the likes of Andrew Ford Medina, Luningning by Denmark and Maganda ang Piliin by Michael V were all topping the charts. Much to Bass Rhyme Posse’s apprehension of releasing a dissimilar rap style from what they normally prefer, they released “Juan T.” and “Basura” to delight the major record company.

However frustrating that their album release has been delayed by the company for months, the group unrelentingly heeded the demands of Viva / RJ to continue performing on their scheduled appearances. These included both television and radio engagements as well as campus and provincial tours. In the early quarter of 1991 after a very long wait, their debut album was released. For many Philippine rap followers, the tracks “Let the Beat Flow”, “Buhay Estudyante” and the love song “Ikaw Lamang” immediately became favorites but unfortunately Viva / RJ insisted that the novelty song “Juan T.” be Bass Rhyme Posse’s carrier single.

In 1992, Bass Rhyme Posse mellowed down from the Philippine rap scene. Norman, Jay, and Andy though constantly in tune with one another, decided to pursue different paths of their line of business. Jay migrated to New York in pursuit of another profession. Later on, he formed an alternative rock band consisting of other Filipino artists called “Blok-Blok”. Andy, being a registered nurse in the profession, migrated and started a family at California in 1998. And finally, Norman arrived also in California with his family in 2001.

In 2003, they resumed communication with one another and apparently discussed the possibility of recording a much-deferred follow-up album and concluding an evocative “unfinished business” in the Philippine rap showground. With Norman, Jay, and Andy agreeing that such task is more than achievable through the facilitation of hi-tech computer communications and musical technology despite being in distant locations from one another, they contacted DJ Mick aka Spintech in Manila to provide assistance in this exceptional project which included the creation of the group’s official website.

And now, with Norman B, J Smooth MC, Andy Luv MD, and DJ Mick on the works, watch out for the comeback of a Philippine rap legacy, that of… BASS RHYME POSSE

as of late they became active again, doing new tracks such as Boombox, Let the beat flow 2.0, Himlay, Pwede pa flex, Ano ba tayo to name a few, and collaborations with artist such as Chi Nigga, Sevenes, Konflict, and even Ladymazta.

To learn more we also feature them in our Pinoy Hip-hop Evolution:

you can watch here: https://www.youtube.com/watch?v=mj9zc9Ti3kc