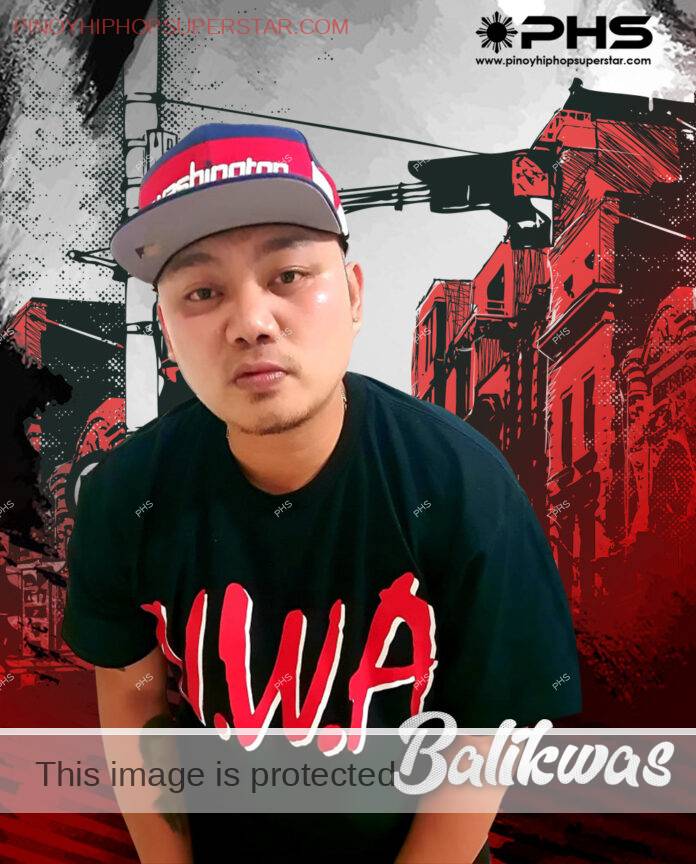 Balikwas Santiago or simply known as Balikwas is a singer, rapper, and songwriter from Navotas City. He is also a proud Navotas representative “KidFromNavotas”.

Balikwas started way back 2002, was 14 yrs of age in the street Rap scene continue doing that until 05 stopped a little bit for personal matters, came back 2008 as a member of tek-b production that was a tondo group aff with 187 mobstaz – by 2009 we did A41 Records our own Production we build from nothing to something, we do tv shows like showtimes I become a member of BFE , we build the NC Kid Crew Bny of urbnzd , Pmack or Rapskallion , ladyzasta of rapskallion , Geron of Rap pulic and thyron , we all from Navotas .

2012 was my first solo album “Makatang armado ng tula” – Continue banging doors until 2013, that’s the time I need to fly here to the U.K with his fam to build his future. But he never stops doing things like performing in all Pilipino events, writing and recording releasing some music videos, until this day and by the way, I’m Comin back home this Aug 5 for good . . .

He also was a part of urbn myx before, Krazykyle tv Navotas Episode With Pmack

His style is mostly old school, his cadence is on point, and it is always nice to listen to him because of his way of delivering his words.

on June 20, 2020, he released the track “Pastolero” which is about praising any Dad
in the world being thankful and following its footsteps, which is mostly uncommon because most of the time artists always make songs for moms.

On June 26, 2020, he release an album in his youtube channel called “Don’t need Validation” that has 10 tracks produced under thirdhellmusic and was released by warner music phillipines on spotify at apple store. He did that here While he is still in Grand cayman in U.K 2018

In the same year, he also releases another album his 3rd solo album “Autonomous” with album 10 cuts produced again by thirdhell music , straight from Canada