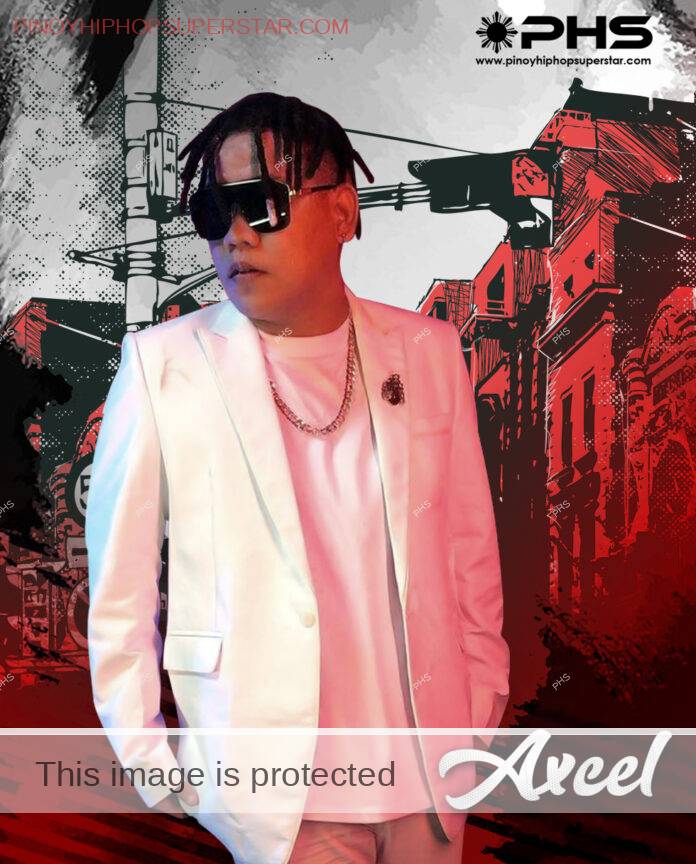 Axcel Ybañez Nantes is a singer, songwriter, vocalist of Banda ni Jose and rap artist from Taguig. Considered the Golden boy of his contemporaries he is currently under Barakojuan

At an early age he sing an Andrew E track in his class, later in his career he became a singer/band vocalist.

on Oct 27, 2021, he release his track “Ayoko Na” on his Youtube channel that now has 8,390 views and still counting, a track that can turn any listener into a fan.

on Jan 11, 2022, he was included in a All-star collaboration track
“MISYON – BARAKOJUAN x MARIKINA ALLSTAR”

During the campaign period, he has able to perform in a large crowd with Ben Deatha.

We also took notice and feature him in PHS Online Random Interview together with Harm A. And the best this is his booming career is just getting started.