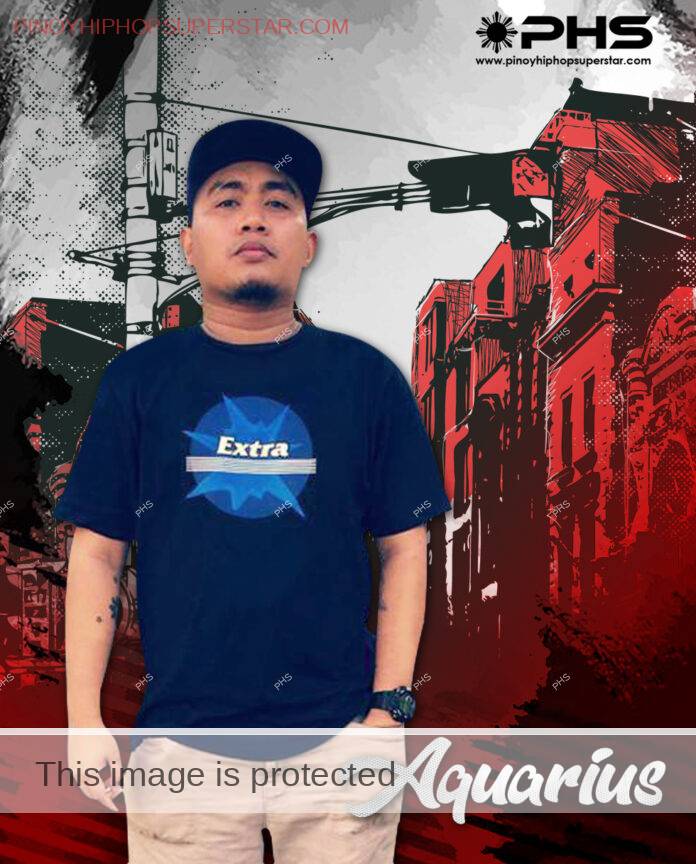 Aquarius is a hip-hop artist from Bacolod City, his first emcee name was Nathan.
His first crew way back in 2009 was Dopestarr Familia under E.O.A.D ( Elements Of Adriano Diez ) then was, later on, became a member of 3rd World Entertainment with the crew members, Slick, AD Beats, Flip One, Son OF Eve, and Aerowithadot. Aquarius is also a beat producer and a member of Morobeats.

Aquarius and Aerowithadot had made two EP’s together called Aquarius Sessions 1 and 2 and is currently working for a third one. His rap songs are uncommon because of the unusual topics and the deep old

Filipino words that he likes to use. He is never afraid to continue his style though he knows that only few listeners would appreciate the kind of music he creates. Some listeners say that you need to repeatedly listen to his track before you can really understand the message and the true meaning of it.