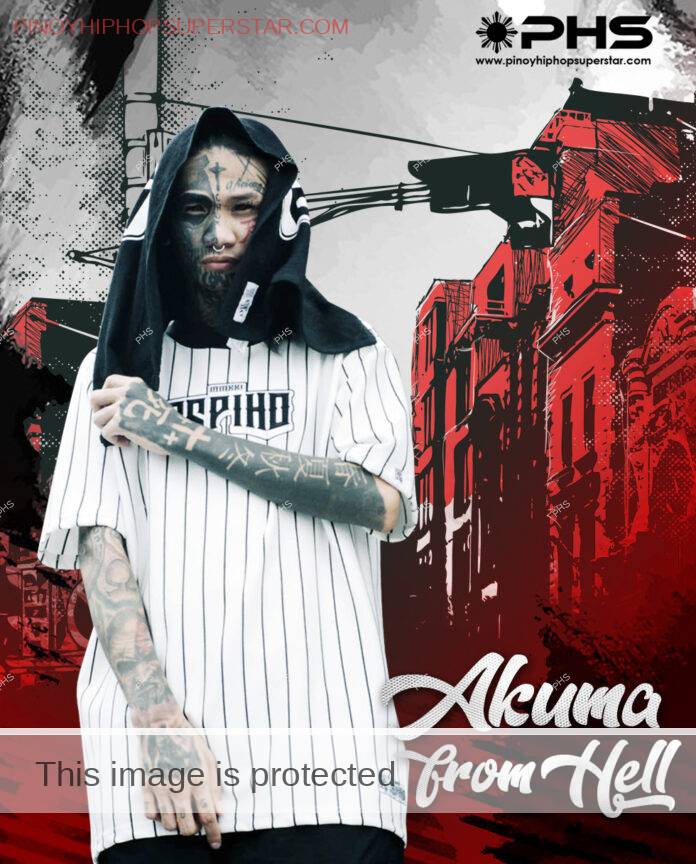 Akuma is a rapper, and songwriter and a member of Crux Gang from Laguna.

He started rapping in 2012, when a friend ask invited him to record a track, and he became glued to it until they became known their hood in Laguna.

During the early stage of his career he became active in joining rap contest, sometimes he wins and sometimes he loses as well, but those experience thought him. He was one featured on Tee Radio and on the Facebook page “Streets” with his entry to the “Godzilla challenge” and the pandemic hits, and the rap diss became more prominent, he also joined this hype and have some diss track of his own.

He also joined Philippine Rap Olympics of Andrew E in the Freestyle category, although unviable to win he considered the experience as one of his achievements as it one of the biggest rap contest in the country.

as of late Akuma is still active, he’s Crux Gang has now 19K subscriber in youtube and doing good numbers for themselves, still writing new tracks and helping new breed of artists in Laguna.