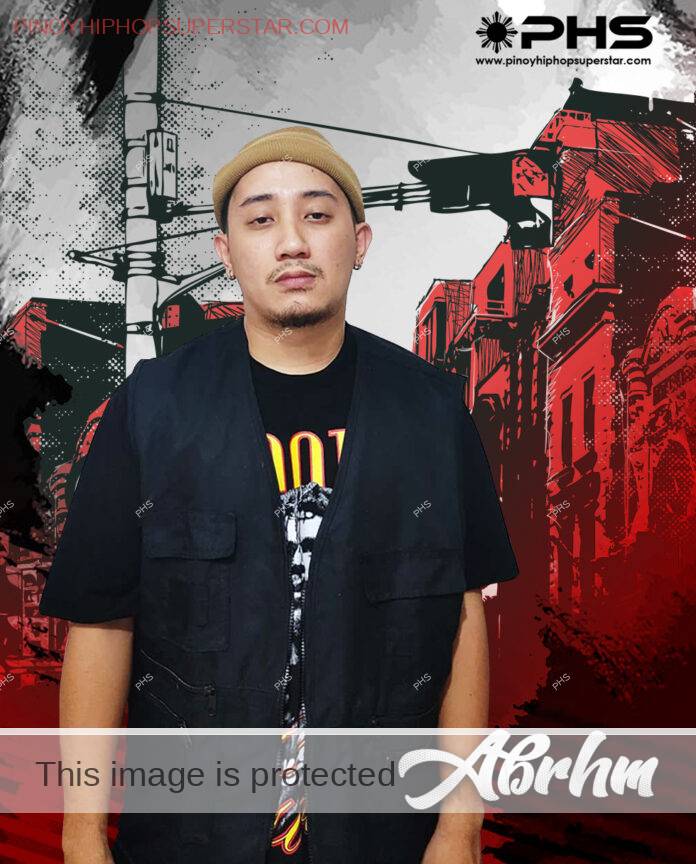 Aby Andino or simply known as Abrhm is a rapper, songwriter, registered Nutritionist, Dietician, graphic artist, and video editor from Parañaque City. He is part of P-Town and Baryo Berde.

In his early years, Abrhm was a vocalist of a band mostly doing Gloc 9 and Loonie covers. Abrhm and Matthew Cortez was actually a skateboarder at first, it was their common interest until he became create a rap duo called P-town Playaz on 2014, as a duo they became a part of Baryo Berde on 2016, and later they added Pats Perez on 2017, the new trio revise their name into P-Town. He sited that he was inspired by artists such as Kendrick Lamar, J.Cole & Dreamville. In 2016 they meet Migo Señires of 5th wave theory and became part of Baryo Berde, this is also when the P-town Playaz/pirates became simply P-town.

This year Abrhm release his solo EP “Routine” on both his youtube and Spotify with 5 tracks as well. Although doing a solo album Abrhm is still currently an active part of P-Town and planning to create more music videos soon.

Who's Online : 2
By continuing to browse the site you are agreeing to our use of cookies